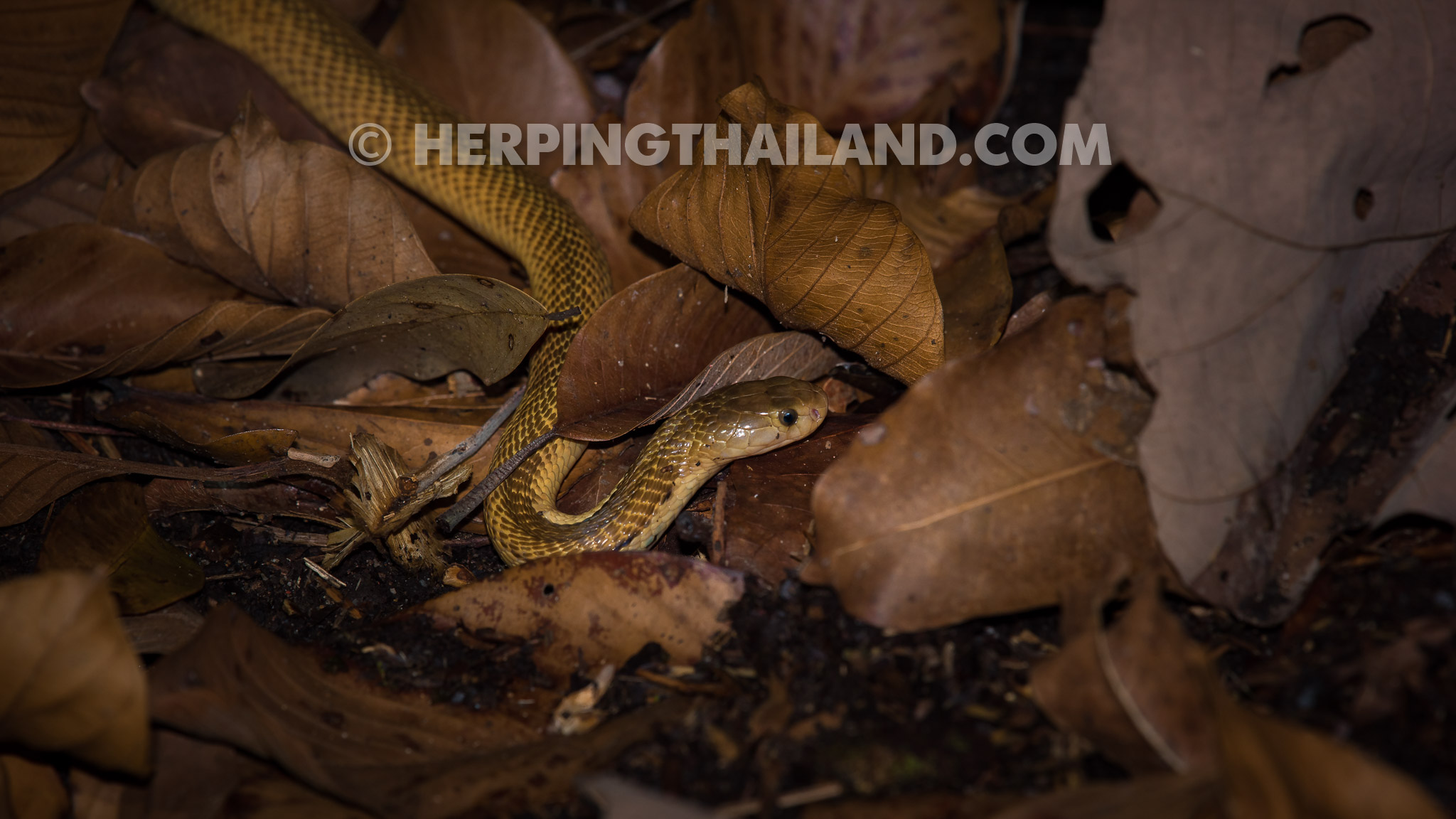 Of the three currently known true cobras (Naja genus) in Thailand, the Equatorial Spitting Cobra, Naja sumatrana is by far the rarest of all. This species also known as Sumatran Spitting Cobra is in Thailand currently only known to be found on the peninsula, South of the Isthmus of Kra. Being true forest dwellers, these cobras are rarely sighted. So far, we have encountered this species only once, which goes to show it is not an easy species to come across. 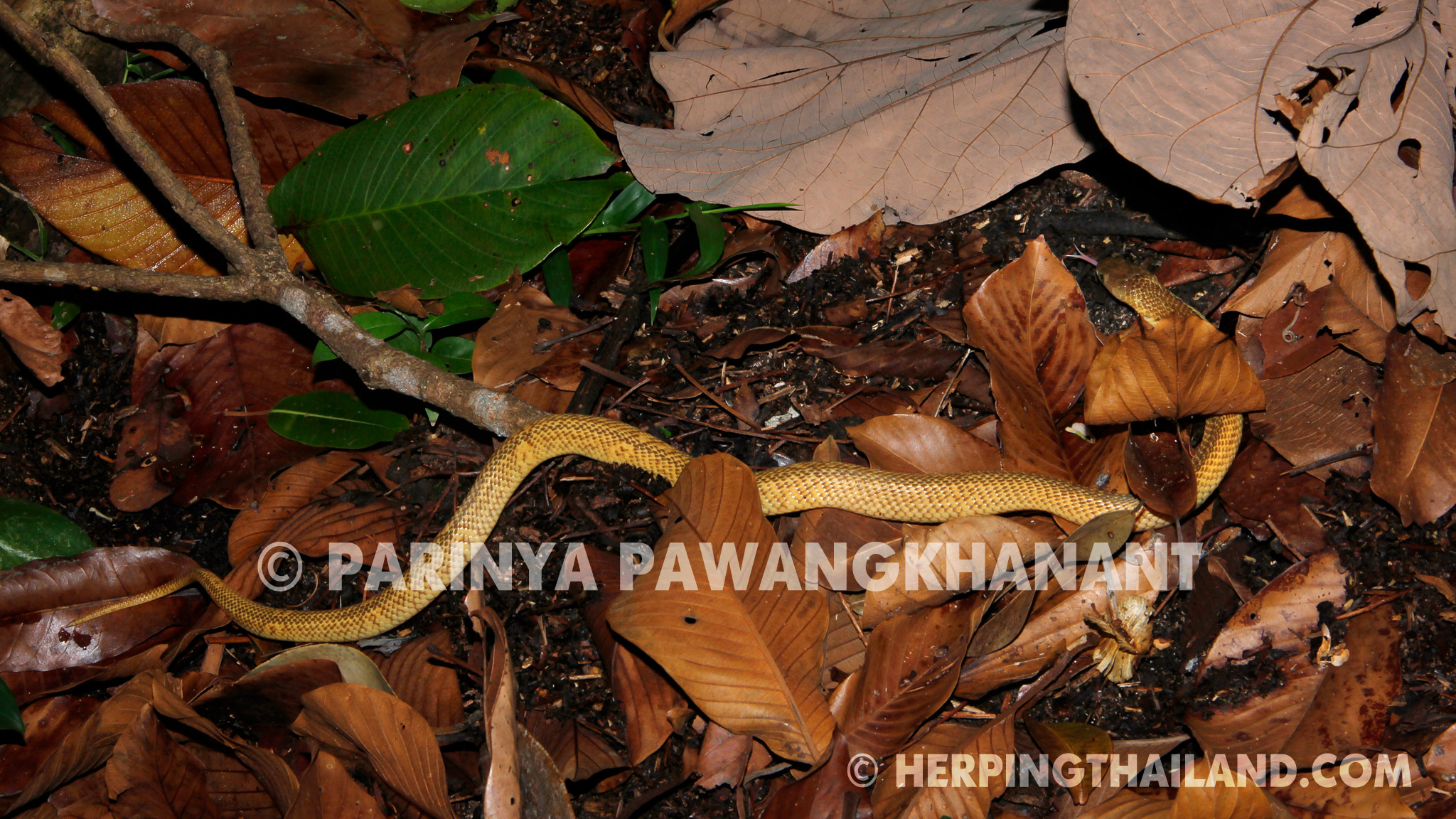 In general most of the Thai elapids found on the land are a bit tough to target. They spent a lot of time hiding in holes, and when they are actively foraging they move around a lot.
Same counts for the Equatorial Spitting Cobra. It is virtually impossible to target this species except by simply spending a LOT of time in the forests in its range. Can be active both in day and night so you never know when it will happen. Our experience is limited to one encounter with the Sumatran Spitting Cobra at 22:00 at night in April 2018. However, most sources state they are most active in daytime, which is likely similar to the activity patterns of the other Naja species found in Thailand. Based on that information, we expect searching in the mornings along roadsides & streams in the jungle, forest edges or other open spots which receive some sunlight for basking would provide the best chance for an encounter. But as mentioned, this is merely guessing based on experiences with the other cobra species.