Spoiler alert: According to a recent study (Molecular phylogeny found the distribution of Bungarus candidus in China (Squamata: Elapidae); (Xie et al. 2018)), it seems that the Malayan Krait (Bungarus candidus) can have a high number of thin white bands, which was previously only thought to occur in the Many-banded Krait (Bungarus multicinctus) and Wanghaoting’s Krait (Bungarus m. wanghaotingi). Morphologically these species are very similar. And now the virtually only clear difference (the banding) is disputed, we can no longer say for sure to which species the specimen in this post belongs. A thorough molecular study of the Thai populations of black and white banded kraits is needed to clear it up.
For now we will keep this post online, until proven otherwise. It’s still interesting that these differently looking specimens seem to be resticted to a certain range. We encountered a second specimen with thin white bands but with a lower band count (35 vs 50 of the first specimen) not far from the locality where the other specimen was found. Body and head seemed not as slender as in the first specimen but it’s hard to say if this is just individual variety or if these are different species. Hopefully we will get more certainty in the future. 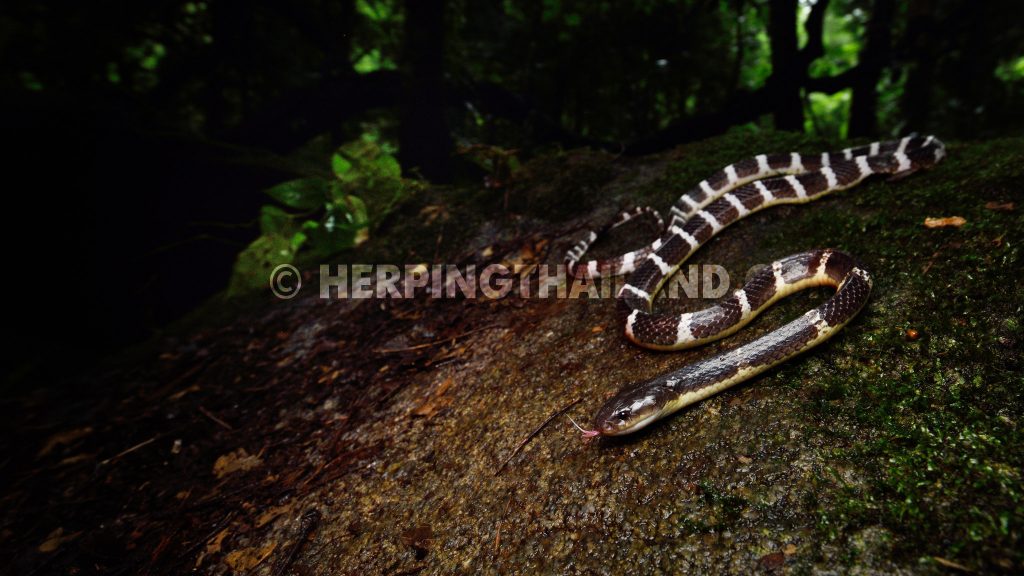 We proudly announce that we have recorded the first Many-banded Krait, Bungarus multicinctus, in Thailand!
On an expedition to an unexplored part of Thailand, we found this amazing snake crossing the road. That makes a total krait species count of four within Thailand. We hope to be able to followup on this find as soon as possible.
With the currently available keys, it should be Bungarus multicinctus.
We were thrilled when we encountered this species, and will share some pics of this individual with you.
Update: End of October 2018 we encountered a second thin-banded specimen in the same region. This specimen was more heavily built and with a lower band count of 34 – 35. 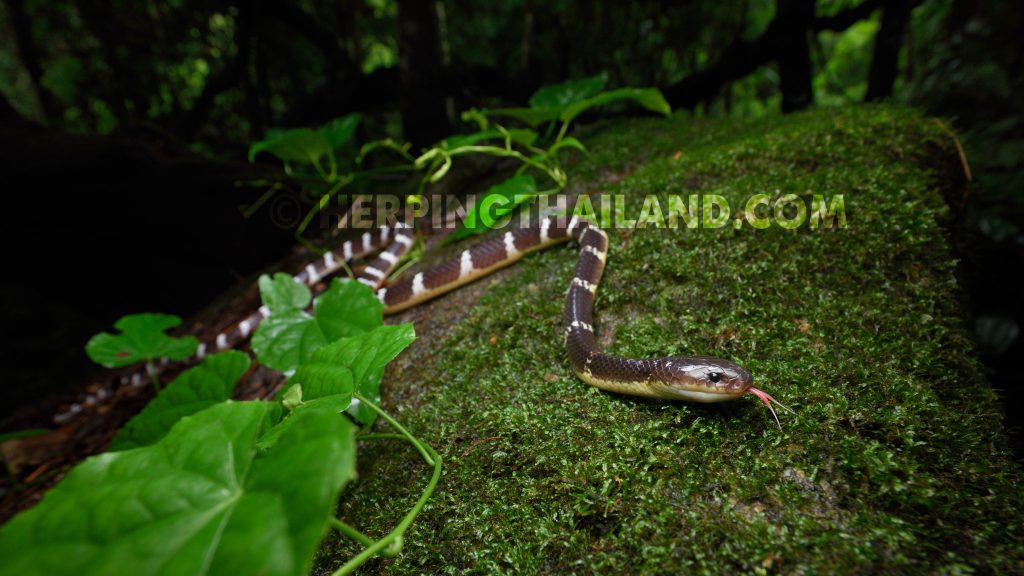 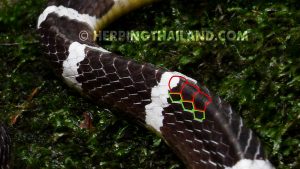 The Many-banded Krait – Bungarus multicinctus – has a dark brown – blackish body with thin white bands. The band count in our individual is 50 on body and tail combined. Minimum band count is supposed to be about 35, but it varies per source.
The body is triangular shaped with enlarged vertebral scales, the head only slightly distinct from the neck. The tongue is pinkish, the ventrals cream.
A second specimen we encountered seemed more heavily built, both the body as well as the head. This specimen had only 34 – 35 thin white bands.

Confusion would be most likely with the harmless large-toothed or wolf snakes, or the other species of krait. If you intend to handle any of the black and white snakes in Thailand, please, stay safe and always consider it to be a krait unless you are 200% positive it is one of the harmless species. 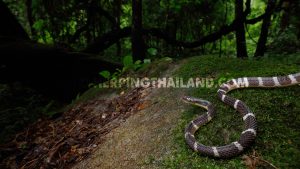 Like most kraits, the Many-banded Krait is known to be nocturnal, and terrestrial. Actively searches for prey, primarily other snakes species. 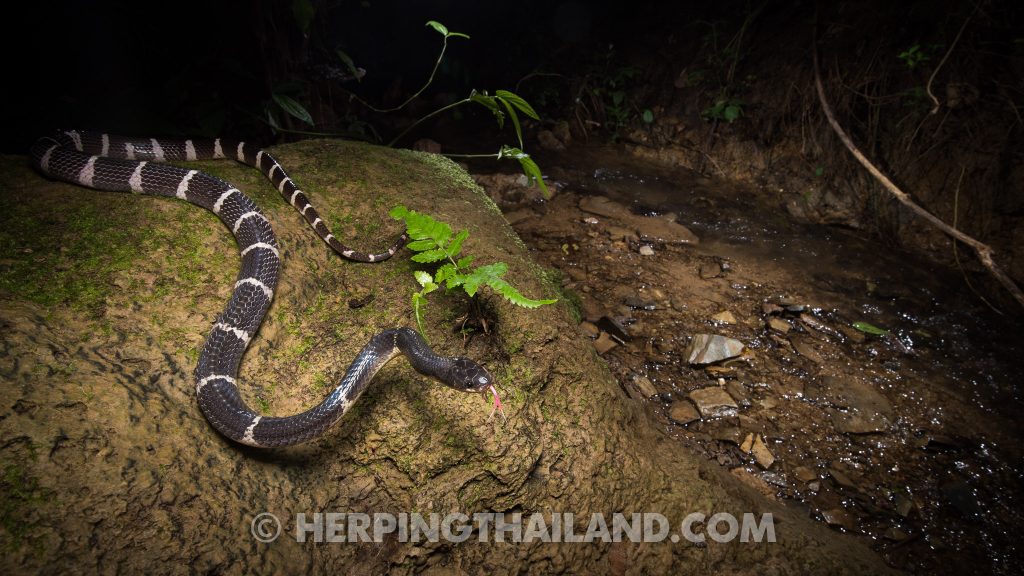 Due to this being a new record for Thailand, we are hesistant to share the location of our find. Our apologies for that, but hopefully you understand. Elevation around 300 – 400m asl. Riparian forest/ mixed deciduous forest.
A second specimen was found around around 700 – 750m elevation foraging along a small rocky stream.

Not much we can say about this at this point. We are awaiting results from DNA tests.

Very localized, so without knowing the right locations, very likely nearly impossible to find. Hopefully if we learn more about this species in the future we can share more details.