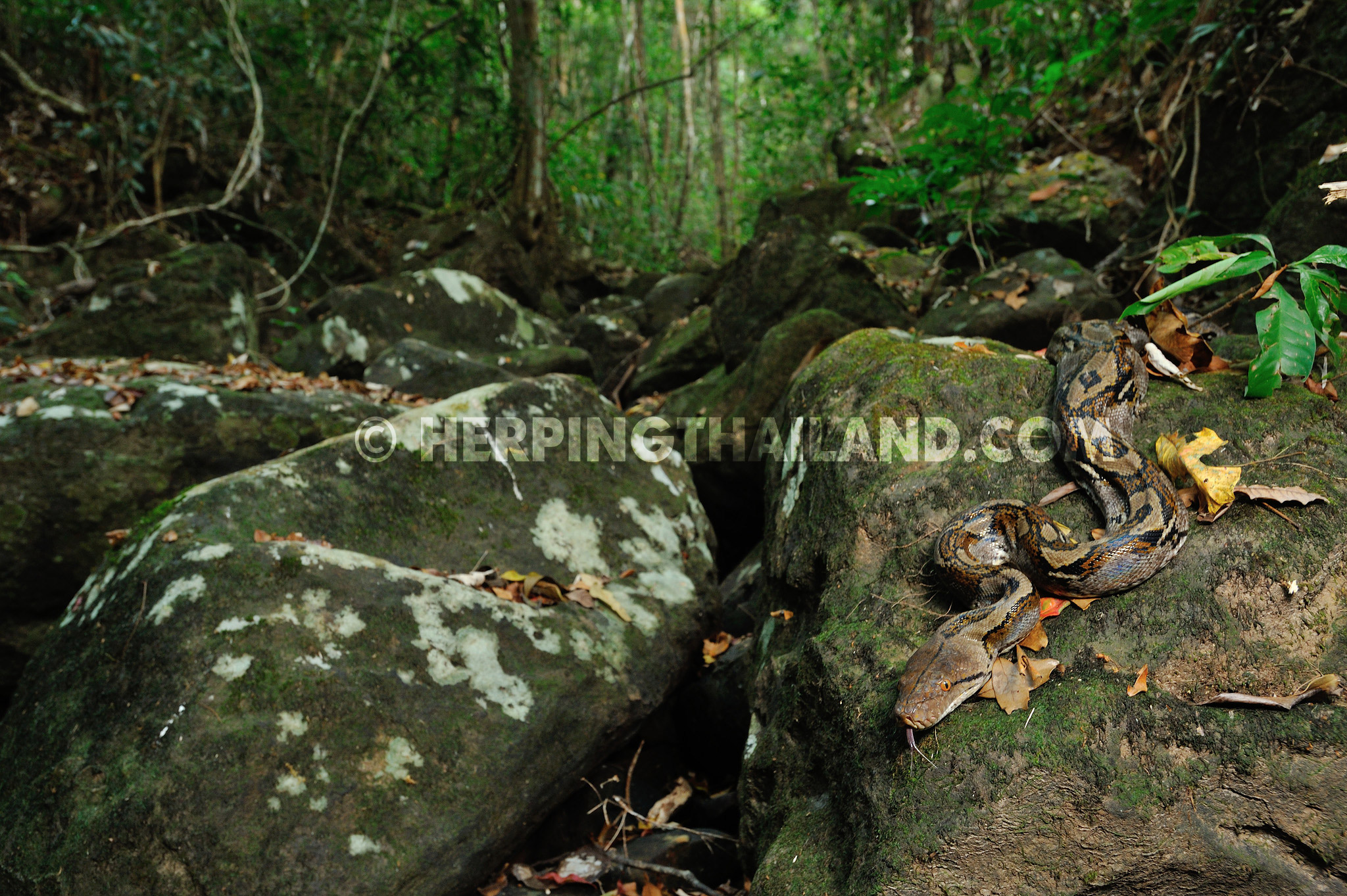 The Reticulated Python, Malayopython reticulatus is another species that is often in the top 5 of most wanted snakes for field herpers coming to Thailand. It is certainly not the rarest of all, but still it requires luck to see one. It’s the most wide spread of all the three pythons in Thailand, and it can even be found in downtown Bangkok.
The picture above is an ‘in situ’ shot of a retic that was waiting in ambush on the rocks in a dry stream bed. A day later it was still on the exact same rock. This specimen was found in February, which seems the peak month for retic sightings. This might have to do with the temperatures slowly rising after the cool winter, but the nights still being cool. We find them more often in daytime around that time of year, but also crossing tarmac roads in the early evening, probably partly using the warmth of the road after a sunny day. 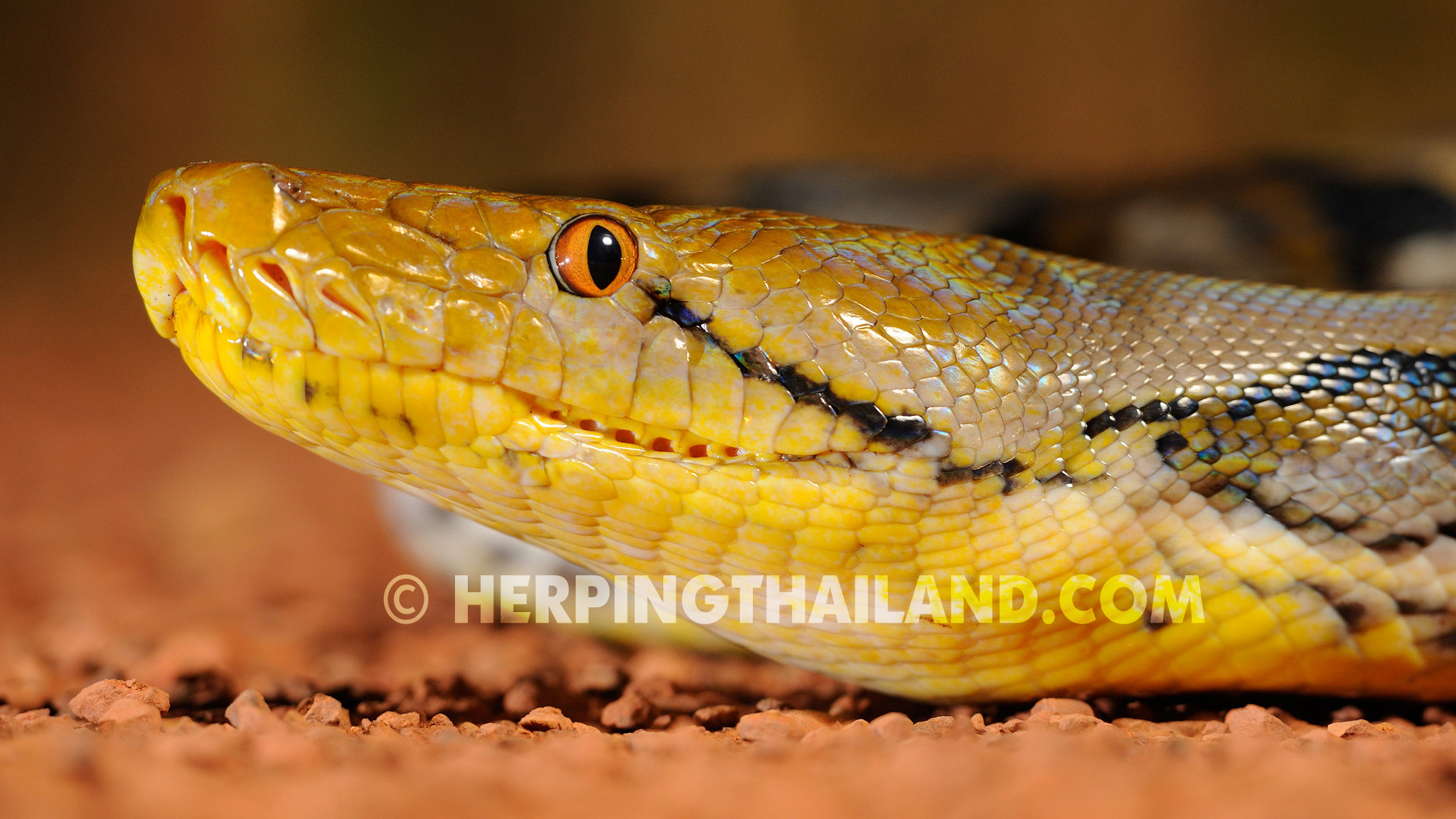 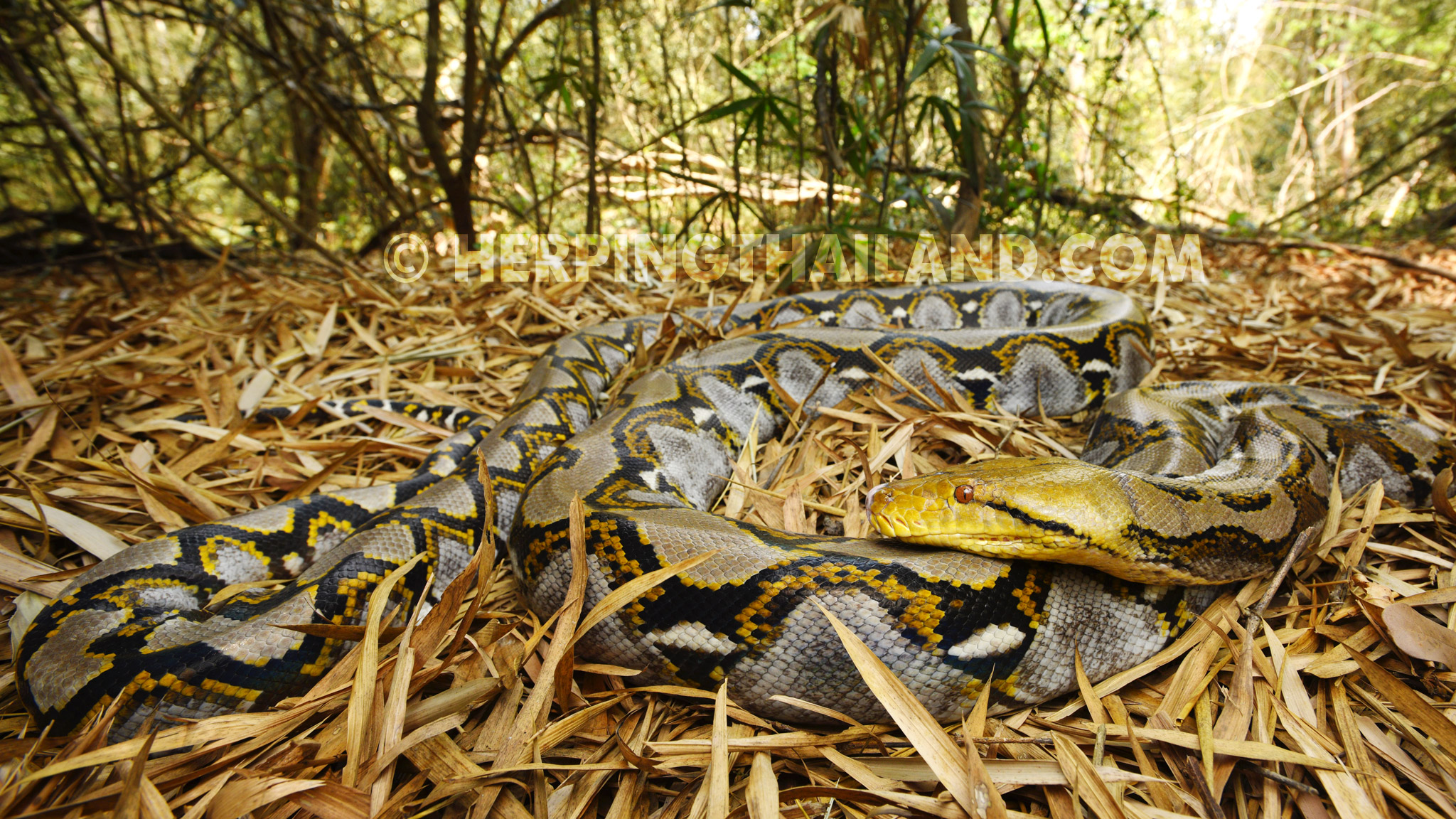 Net-pattern of the Reticulated Python

The reticulated has a grey/ brown body color with a net-like pattern of black and yellow, and with a row of white spots on the side of the body. There is some variation in coloration per individual, especially the head color can differ significantly. Some have a beautiful yellow/ orange head, while other specimens have a brown or greyish head similar in color as the body.

The Reticulated Python has a rather unique pattern and coloration which makes it quite easy to distinguish from other species. 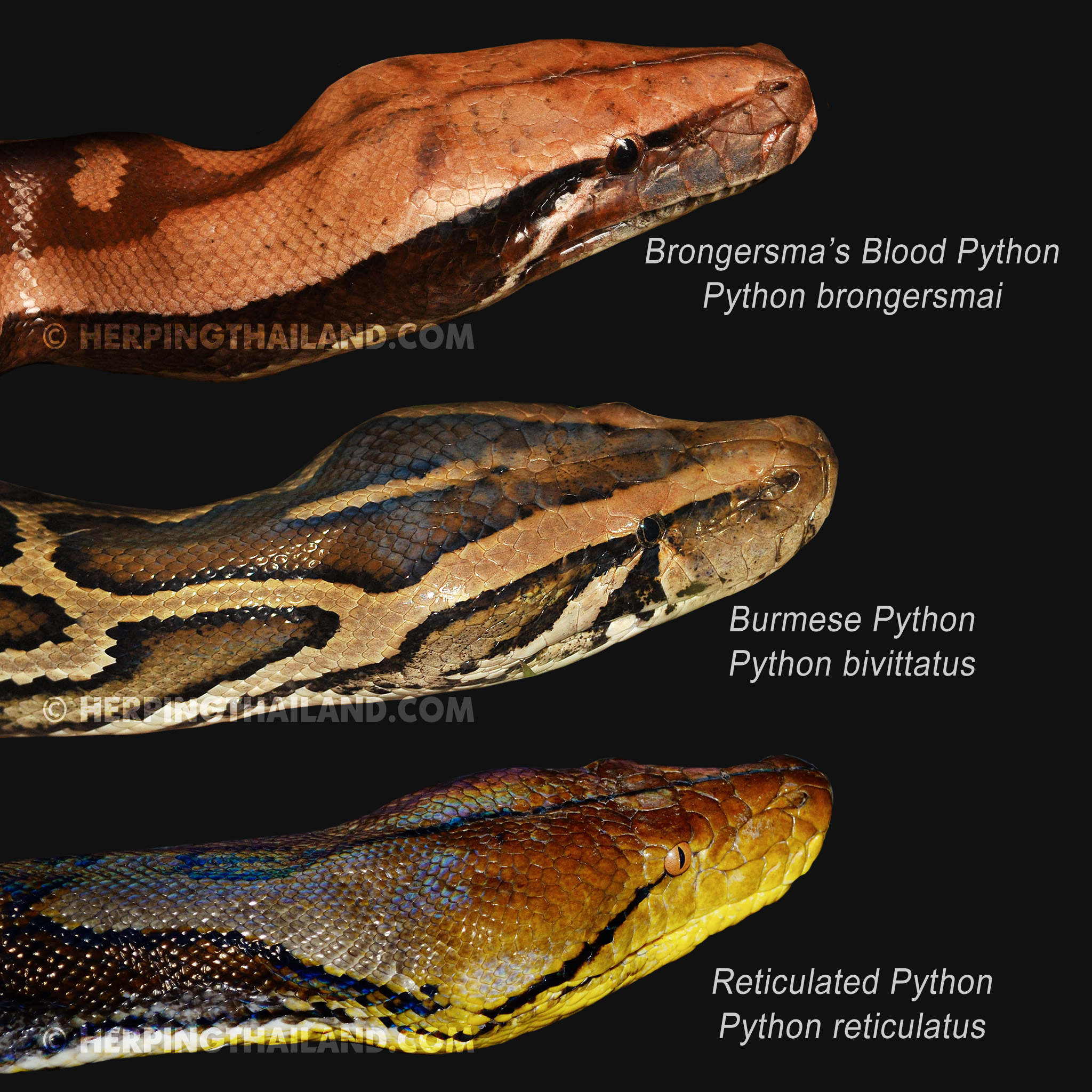 Head comparison of the pythons of Thailand 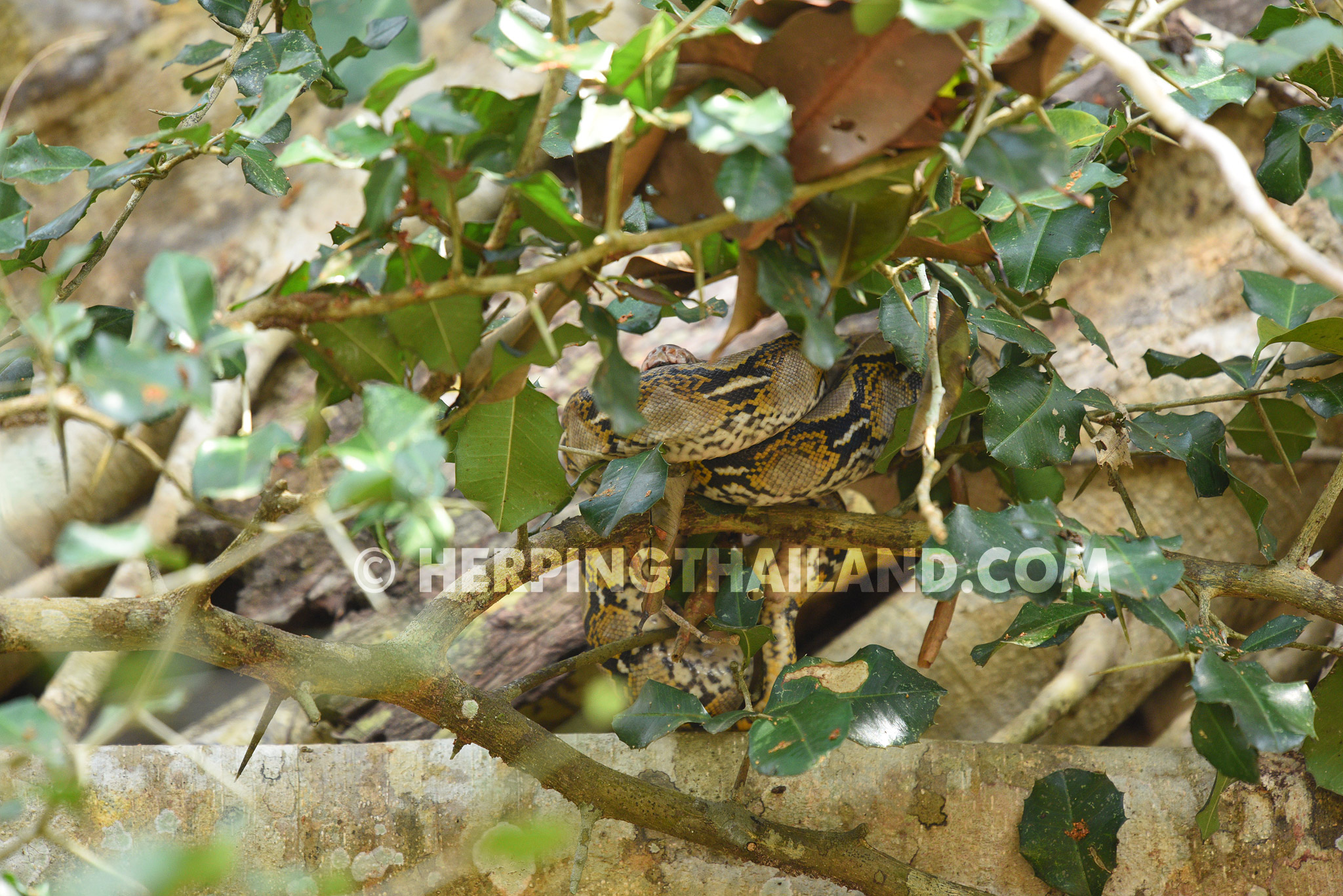 Reticulated Python in a tree 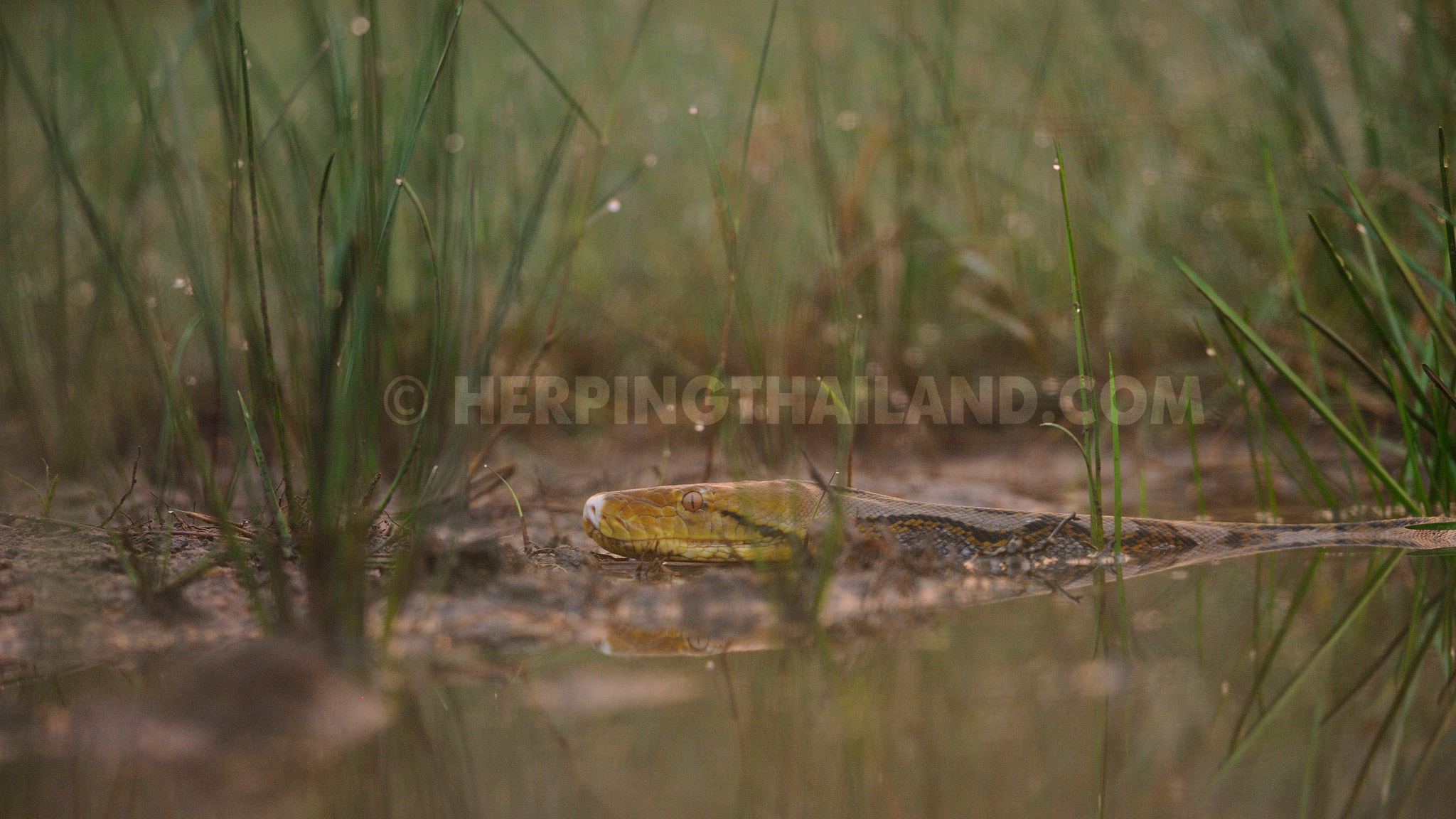 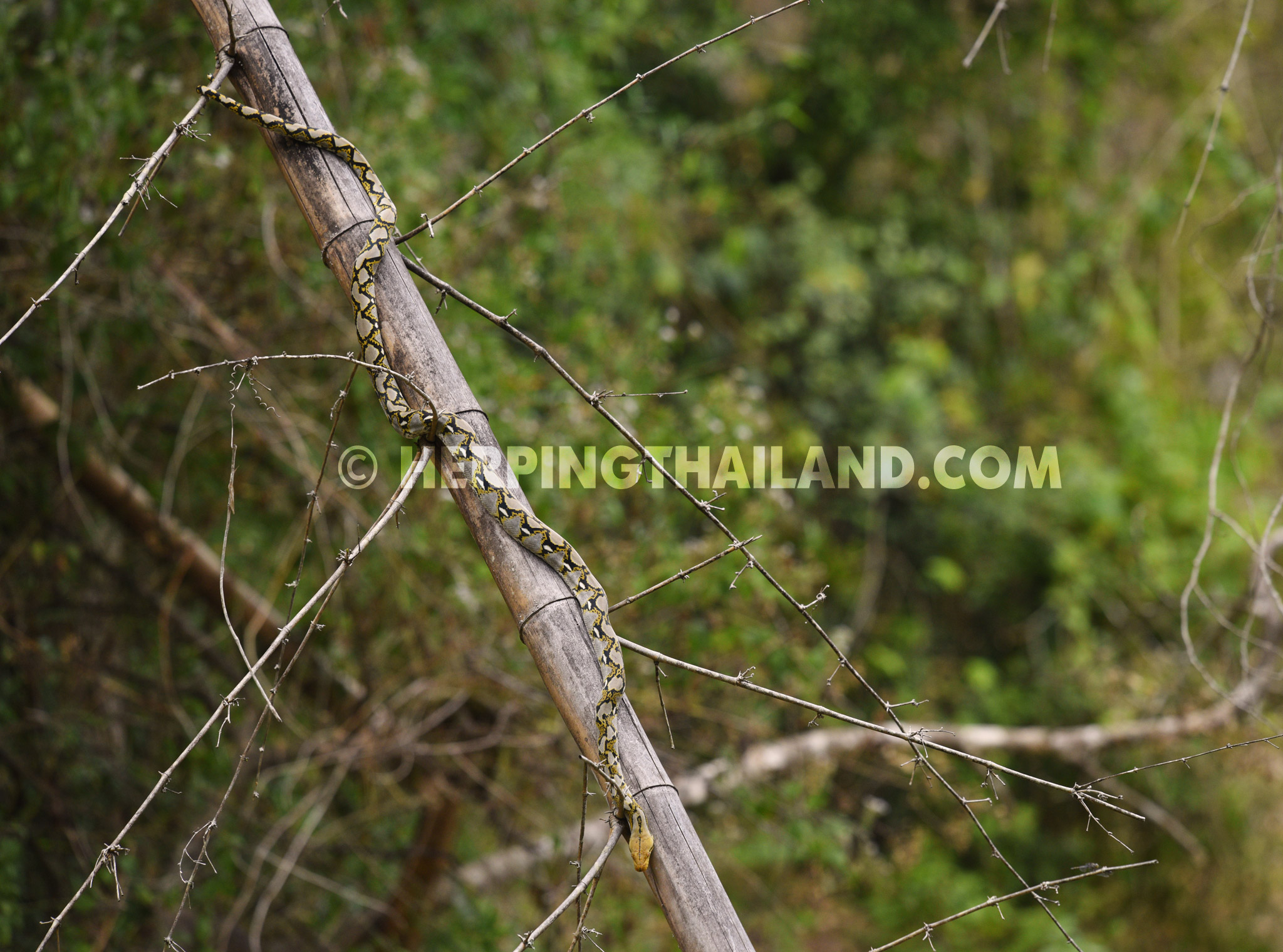 Young retic on the move 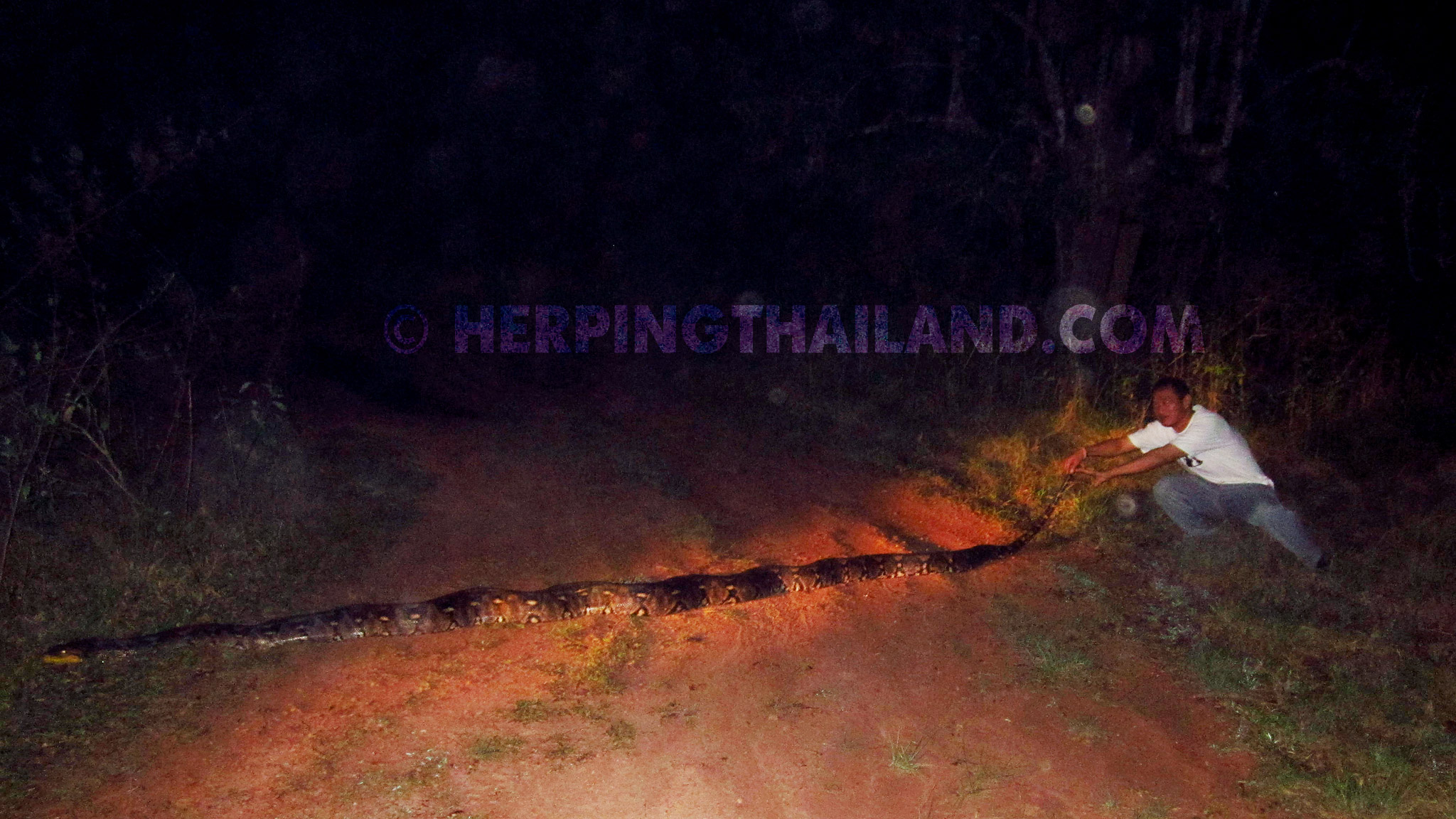 Not exactly a great picture, all we had on us was a crappy compact camera – something I will never forgive myself, because after this ridiculously large retic, we got to see 3 Clouded Leopards!!! crossing the road, mommy with two large cubs… . But anyway, this is the largest Reticulated Python I have ever seen. About 6m long. An extremely rare sighting in the wild. Normally average size is about 2.5 – 3.5m, and one should be really happy with a 4 to 5m specimen. 6m is absurd. Even the park ranger that was with us that night had never in his life living in the national park, seen anything close to this size. He was willing to lift the tail for the picture. He’s dwarfed by the huge snake in this image, haha.