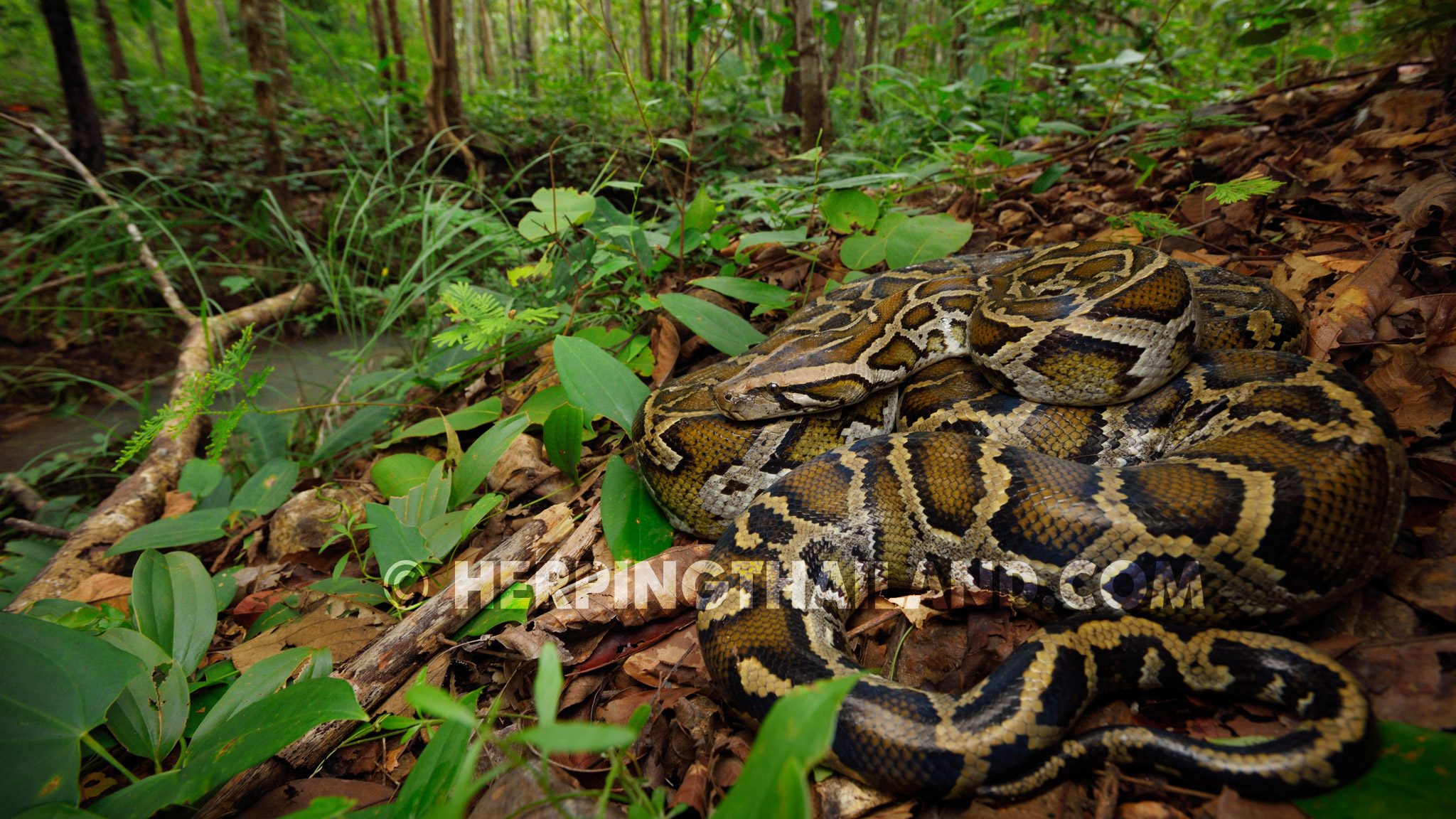 In Thailand the Burmese Python, Python bivittatus, is not as common as its longer brother, the Reticulated Python, but it is quite widespread and with luck one might encounter this beautiful species.

I have encountered this species quite a few times in Khao Yai national park and Huai Kha Khaeng wildlife sanctuary. The first image shows a 2.5m specimen, in situ. We encountered it in the daytime on a trail along a river. It slowly moved its head towards me to check out if I was of edible size. And the juvenile, above, was found in the wet season. June – August is from my experience the time most juveniles are seen. 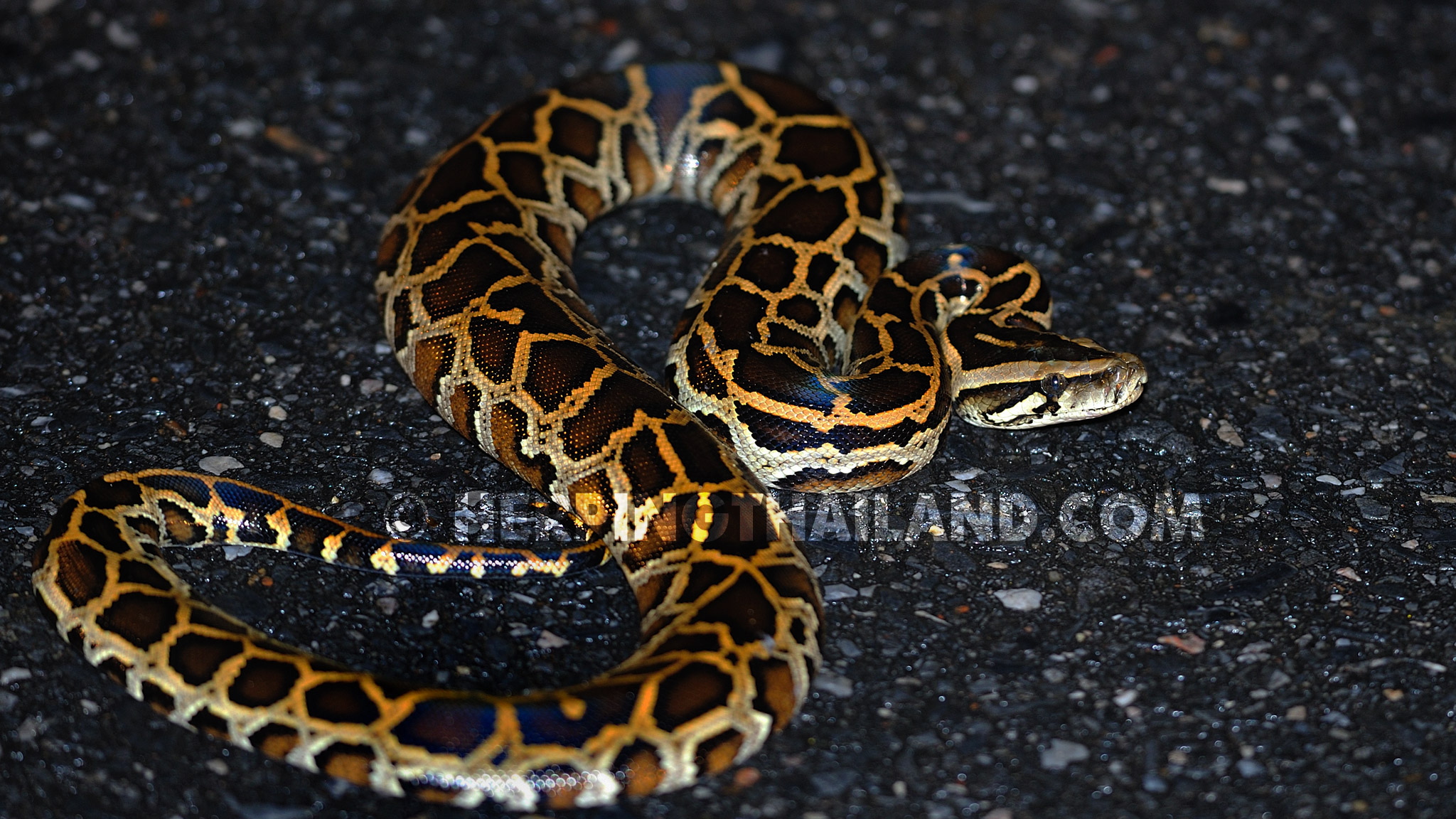 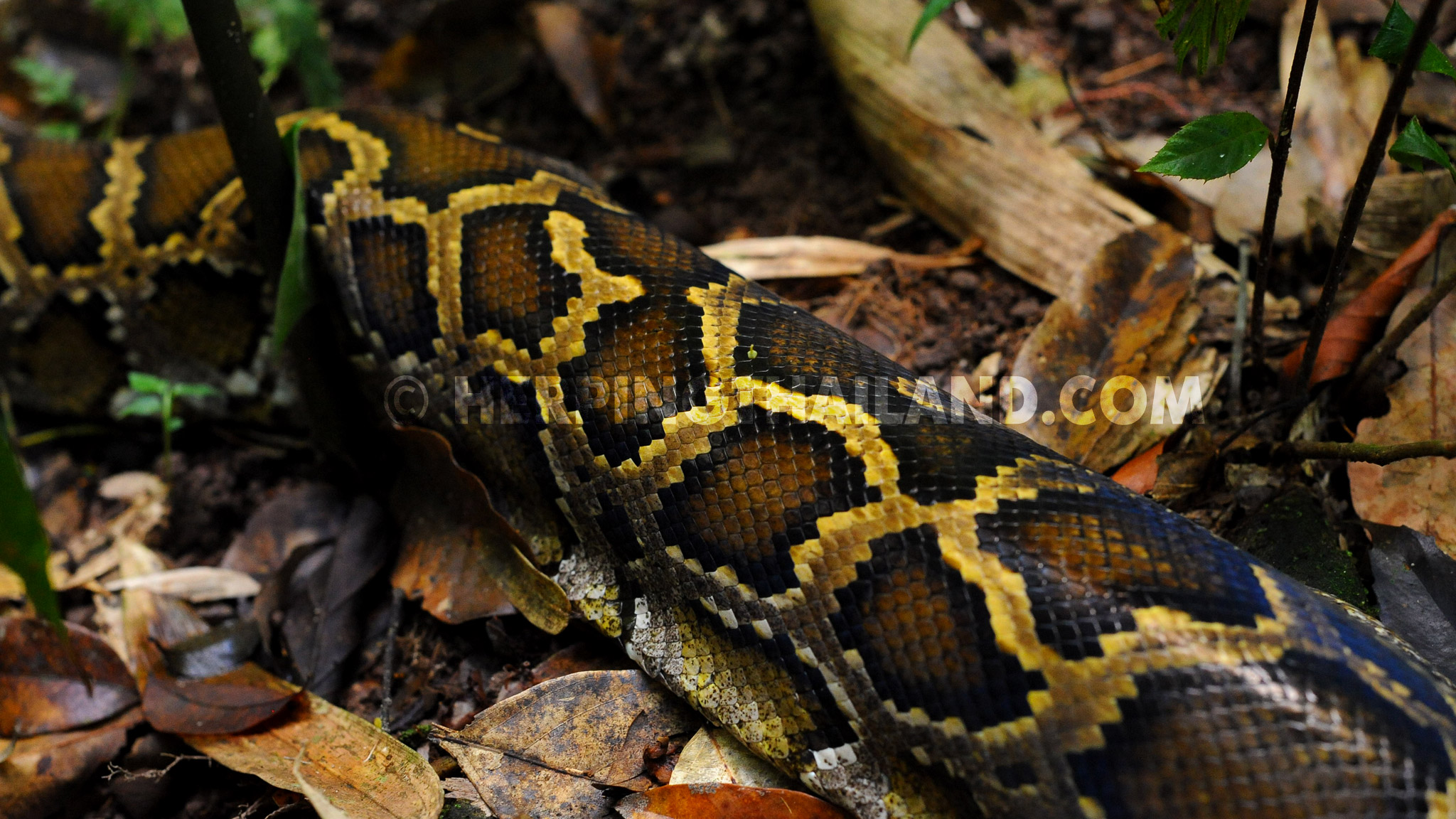 The pattern on the Burmese Pythons is truly stunning, and will make it very hard to see when between the leaf litter. 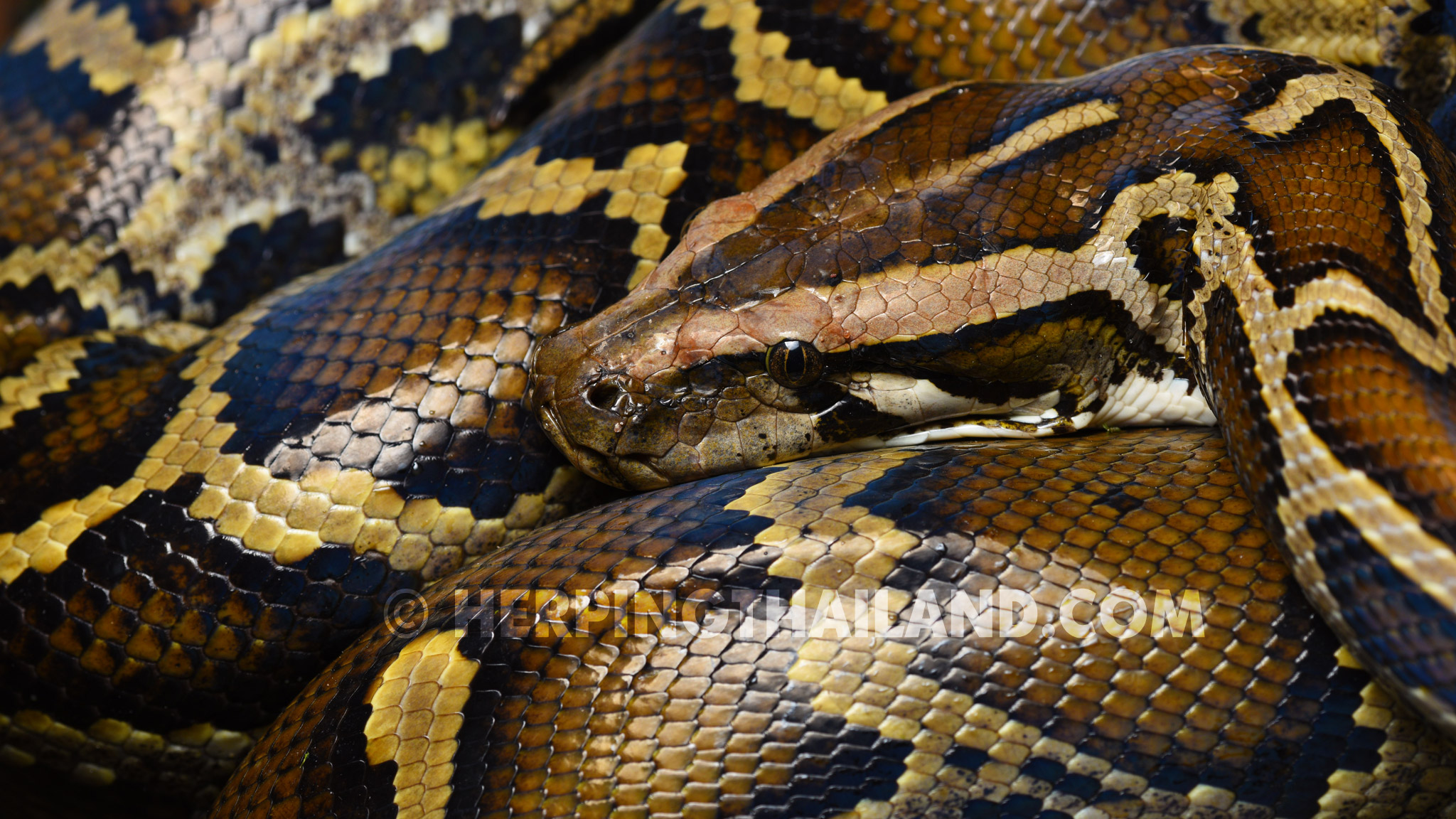 Head of Burmese Python with arrow-shape. 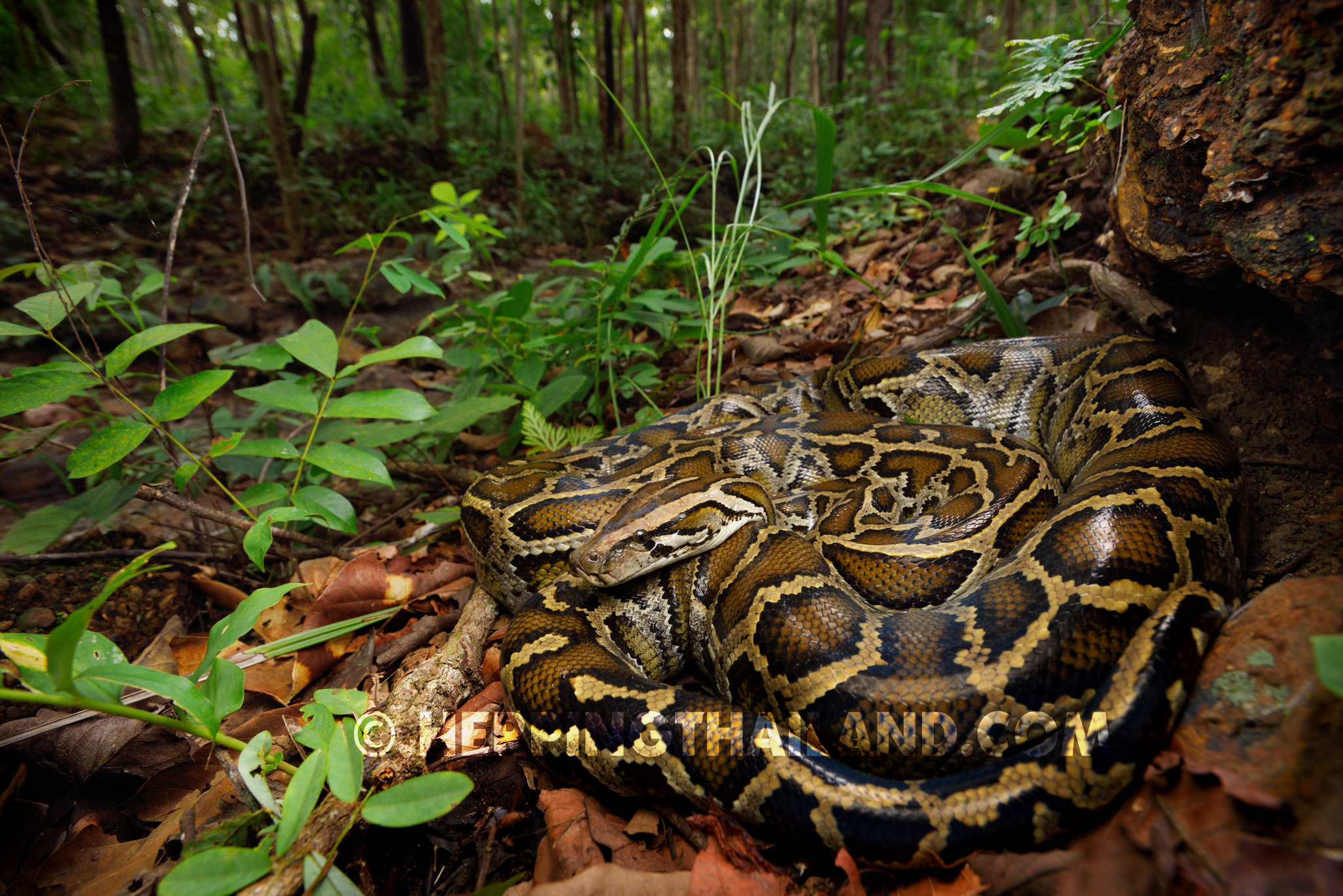