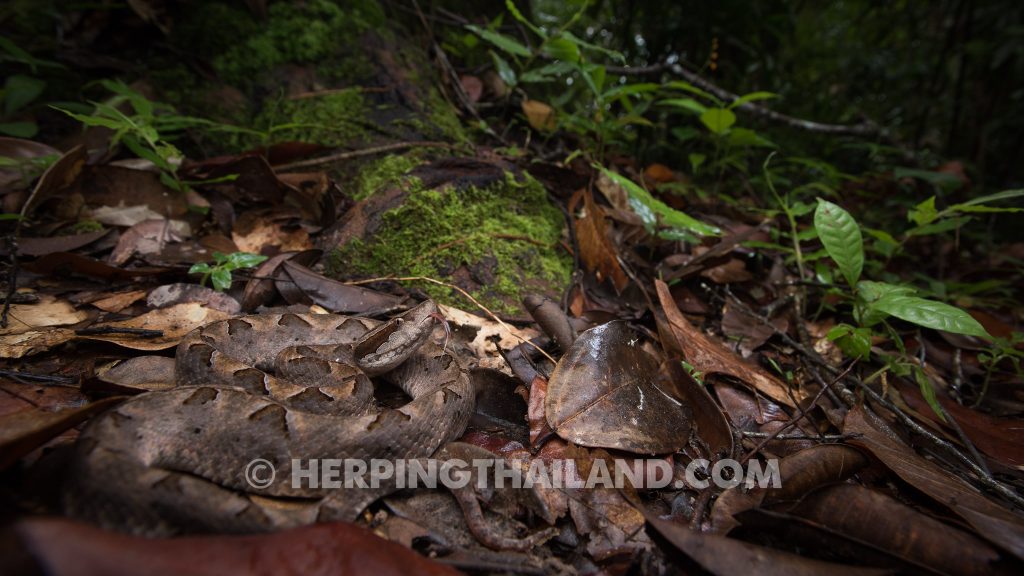 The Malayan Pit Viper, Calloselasma rhodostoma, is a well-camouflaged, terrestrial, brown, pit viper species that is found in most of the country where habitat is suitable. This species seems to prefer lowland areas, and seems to thrive in agricultural land. This combined with its camouflage and tendency to stay put, means the Malayan Pit Viper often comes in conflict with humans. And its potent venom can cause some serious injury when such accidents happen. It’s wise to wear boots in areas where these occur/ are common. 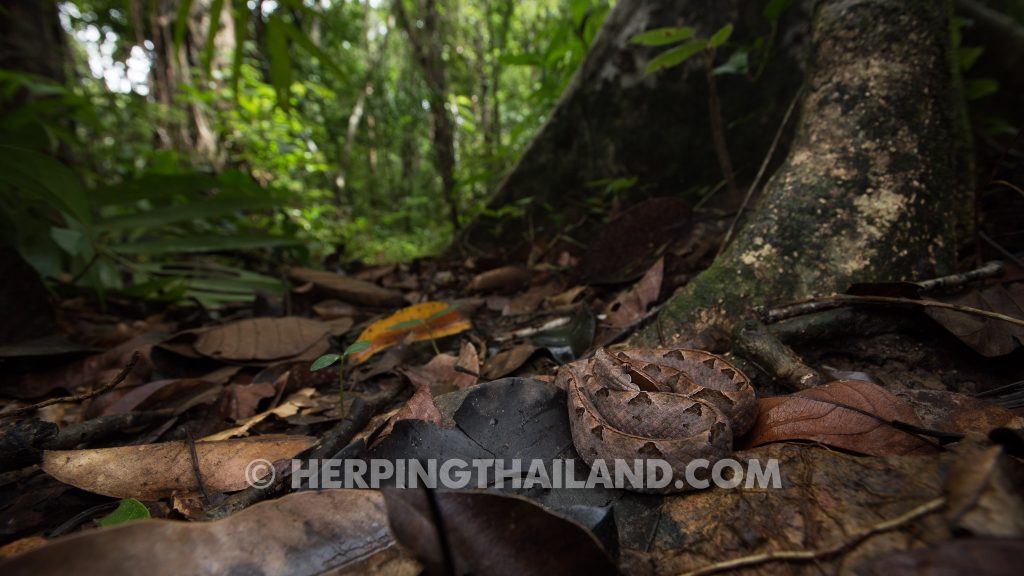 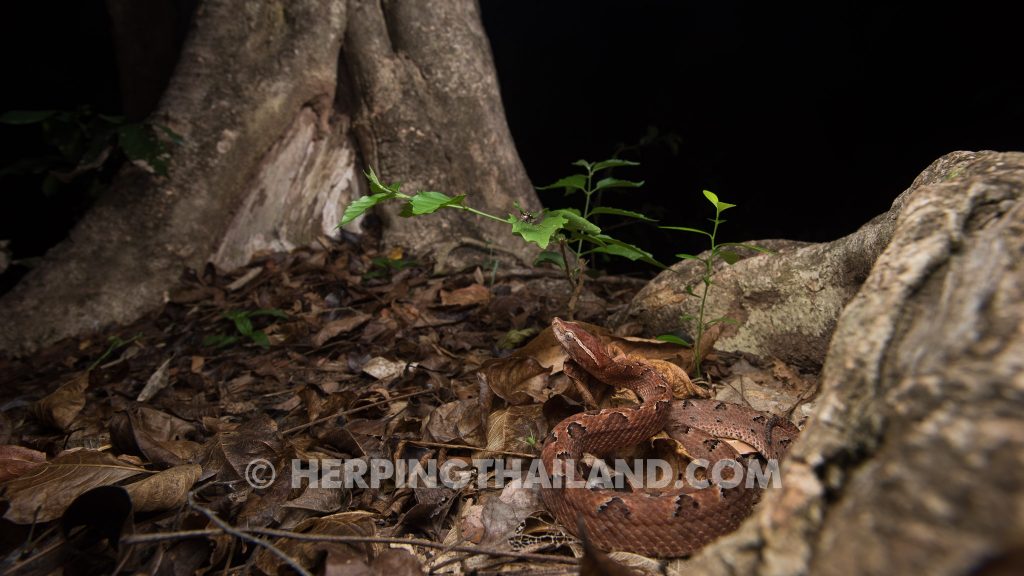 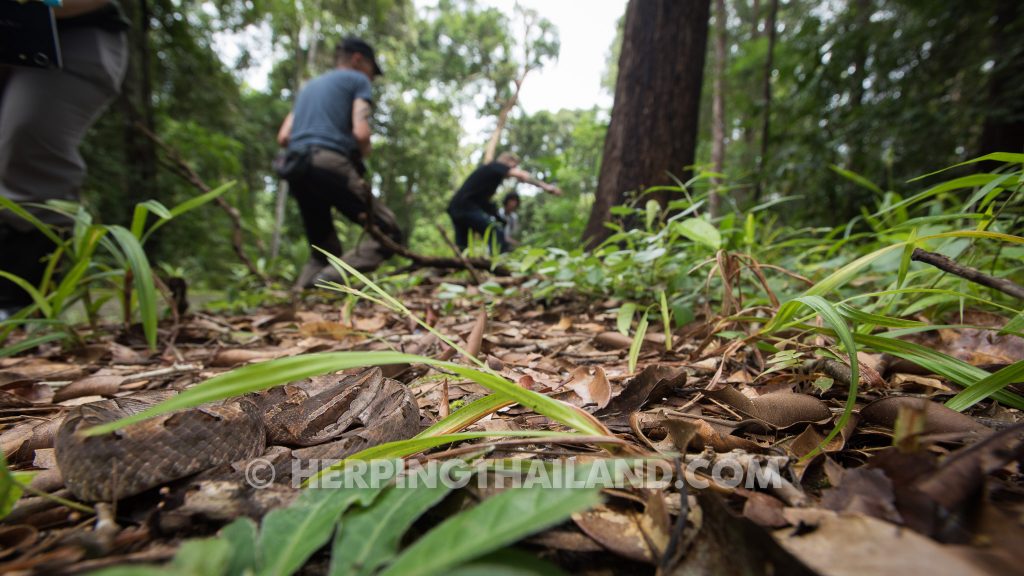 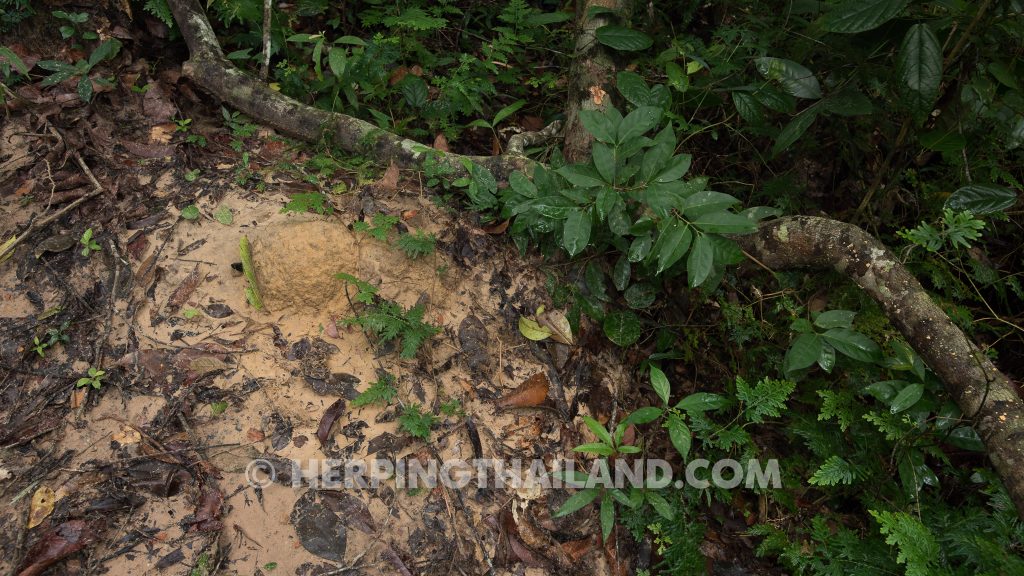 This species can be locally common, yet hard to find in other regions. They are most often seen after the rain, when they often show up on the road and their camouflage is no longer helping them to remain unseen. The Thai peninsula seems to be the best spot to look for this species. It thrives in e.g. rubber, oil palm, and pineapple plantations. Herping at night will be your best bet. And road cruising most likely being the most successful in the right conditions. We are personally not a great fan of road cruising, as it is more exciting to find snakes in their natural habitat on foot. And in the right locations like the lowland dipterocarp forests in the South it is possible to find them on forest trails in the leaf litter. In many cases they seem to pick locations where they have either a log, tree, or a rock behind their back while coiled up in front of it and facing away from it. But dense vegetation bordering some open space will suit them as well.