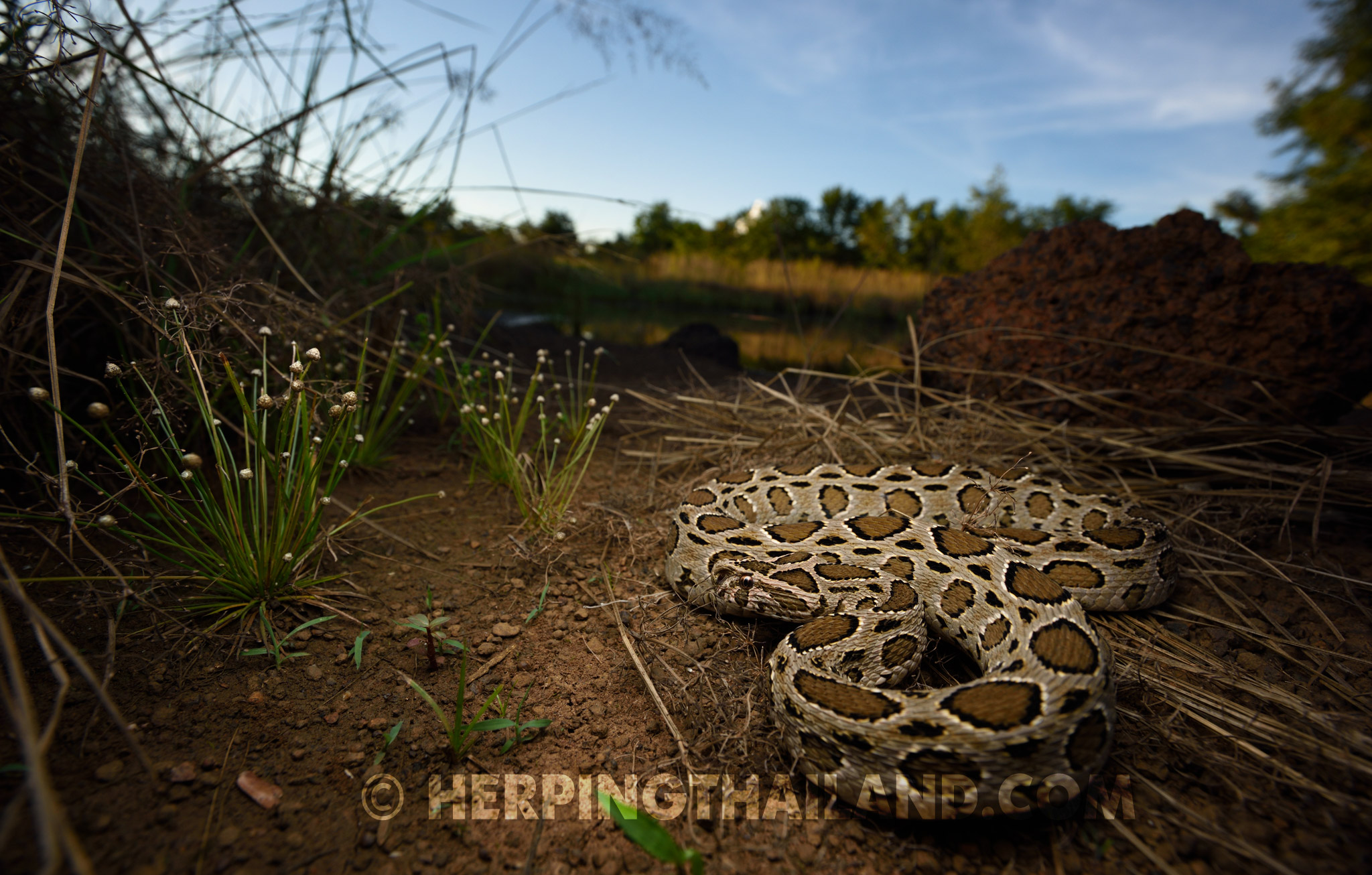 One of Thailand’s most charismatic viper species is the Siamese Russell’s Viper, Daboia siamensis – also known as the Chain Viper or Eastern Russell’s Viper. Its loud continuous hissing – both while in- and exhaling – is an impressive warning sign that should be enough to keep most onlookers at bay. Even though there are no clear figures, it seems like the population is dwindling. In all the locations we have searched for this species, the older locals all say they are no longer as common as they used to be. Nearly all of its range in Thailand is human-dominated landscape. And even though as a species it seems tolerant of habitat ‘degradation’, there is likely another reason for its decline. So we were thinking about what may have changed over the last decade or two. And came to the conclusion that in the more recent years, there has been an increase in the use of heavy machinery on the farm lands. In the past, it have been primarily water buffaloes or just humans themselves that did the hard work on the fields. Likely giving the vipers more chance to hide/ flee. But the use of heavy machinery will more likely cause more fatalities amongst the viper population. By all means, this is just our personal conclusion, we did not research this, but think it is one of the most likely causes. Of course it doesn’t help either that farmers that encounter this snake, will often choose to kill it. And the rapid economic growth in Thailand means more and more people even in the countryside now own cars, which has caused a significant increase in traffic. The Siamese Russell’s Viper is most active in early evenings, and they cross roads at this time of day and even use the roads to warm up, especially in mating season. So likely traffic deaths have quite an impact on the populations. We have observed by roadcruising the same stretch of road in the mating season, that everyday we found a couple fresh roadkills. Still, it is locally common, but e.g. the populations in the outskirts of Bangkok seem to not have fared well. 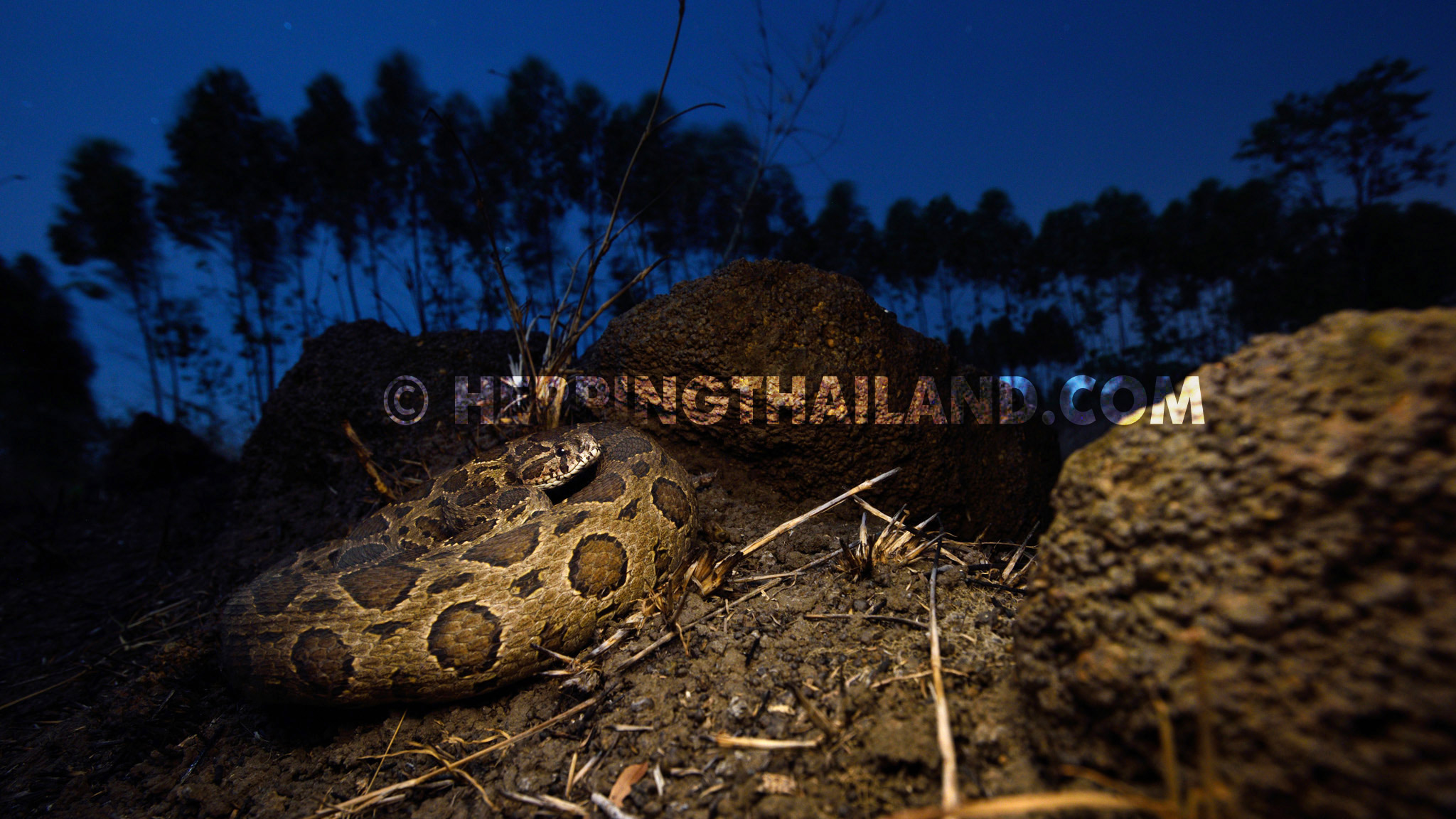 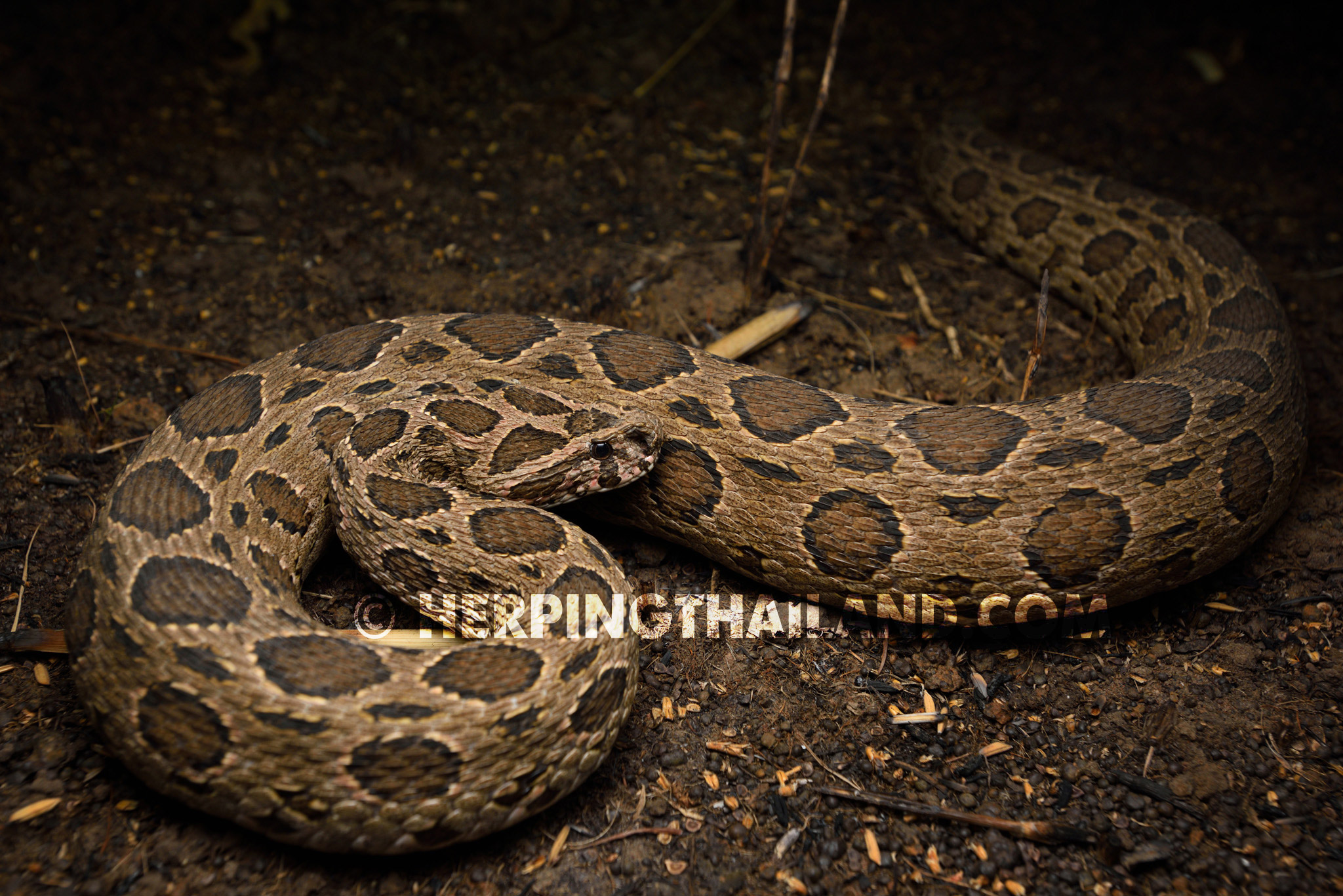 The Daboia siamensis is a large, heavy-built viper with large triangular-shaped head, and strongly keeled scales. Length is up to 1.50m. Body color is grey – tan with dark spots encircled with a thick black ring and a thin outer light-coloured ring. These spots run the length of the body, and equally on the side of the body. Between these large spots there are small oval or sometimes moon-shaped black spots; it’s these smaller spots that are not present in the Daboia russelli that is found in e.g. India. 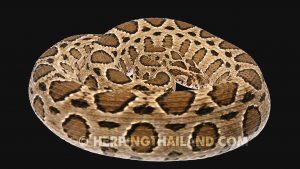 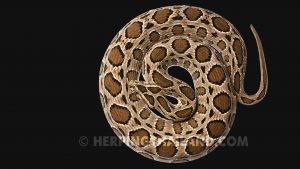 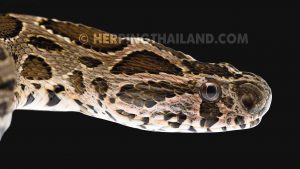 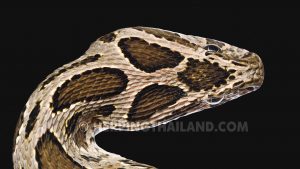 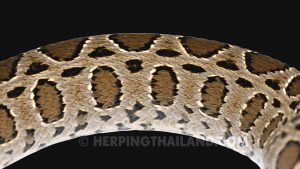 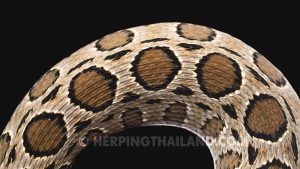 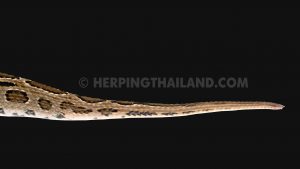 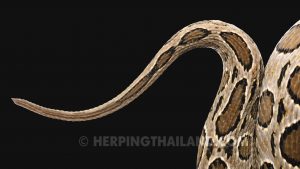 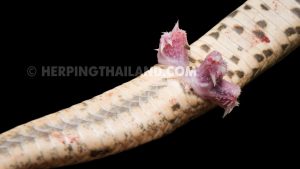 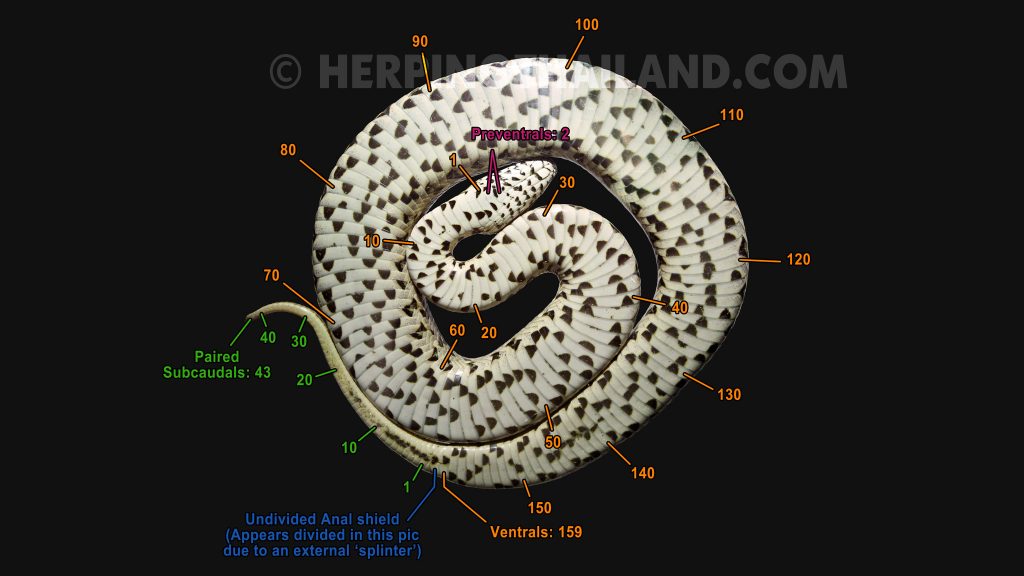 The Siamese Russell’s Viper is quite easy to distinquish from other snakes, but if we have to name a few that might cause confusion it would be the following.

Siamese Russell’s Vipers are known to be most active in the early evening. We have found it actively in search of food on the edge of a burned rice field at about 20:30(PM). but in daytime they are known to hide in dry grass or under rocks and in burrows.
Both juveniles and adults are known to use caudal luring. The main prey for the juveniles are geckos and lizards which are likely to be attracted by the moving tail tip. Adults might use caudal luring to attract birds.

Also, the Daboia siamensis is famous for its loud hissing when in defense. The next gif shows the amount of air it inhales and exhales through its huge nostrils when defensively hissing. 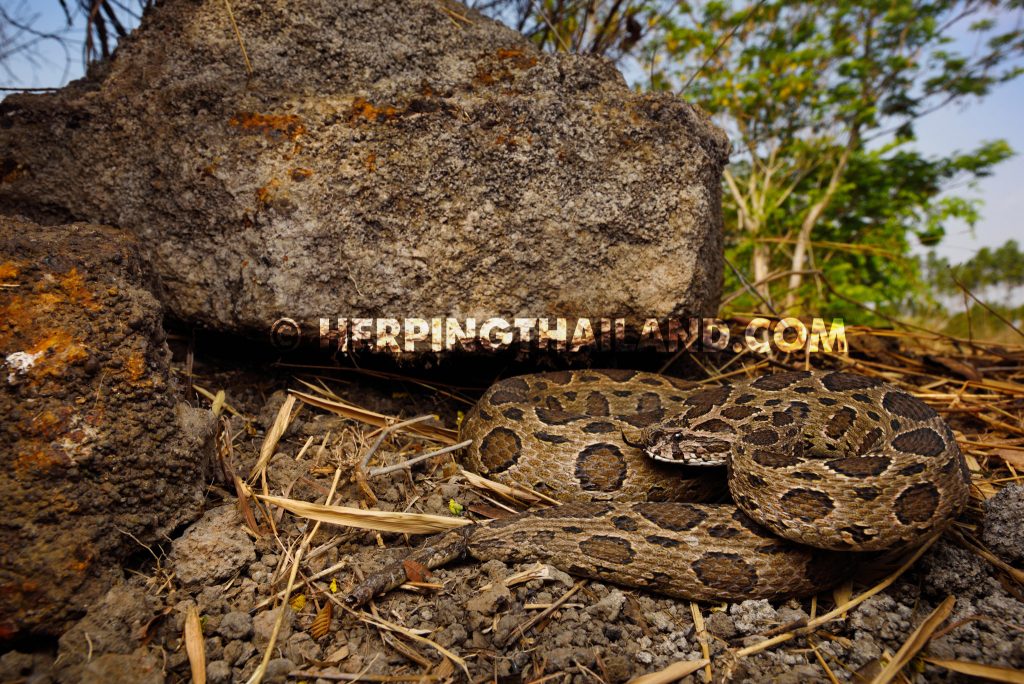 The Siamese Russell’s Viper is found in open habitats in Central and Eastern Thailand. Northern limit is up to Nakhon Sawan province or maybe even a bit further North. And it can be found around Central Thailand (even around Bangkok) all the way towards the Cambodian border. Our first encounter with this species was in Eastern Thailand. The Russell’s Viper was found active on the edge of a burned rice field with here and there some pockets of dry grass, some rocks and young Eucalyptus trees. A landscape with a very open character. Other areas we have encountered this species has been near sugar cane fields. 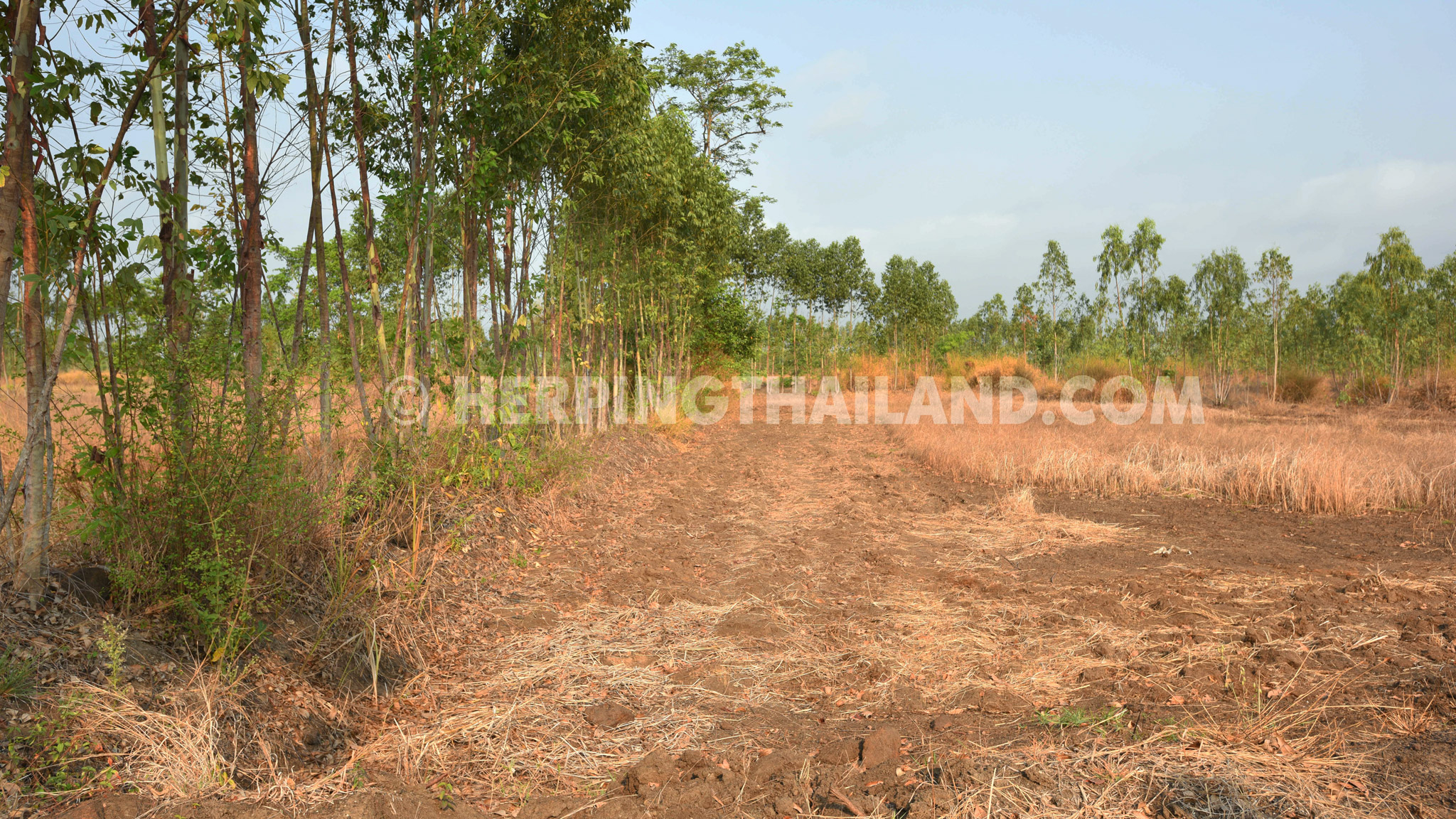 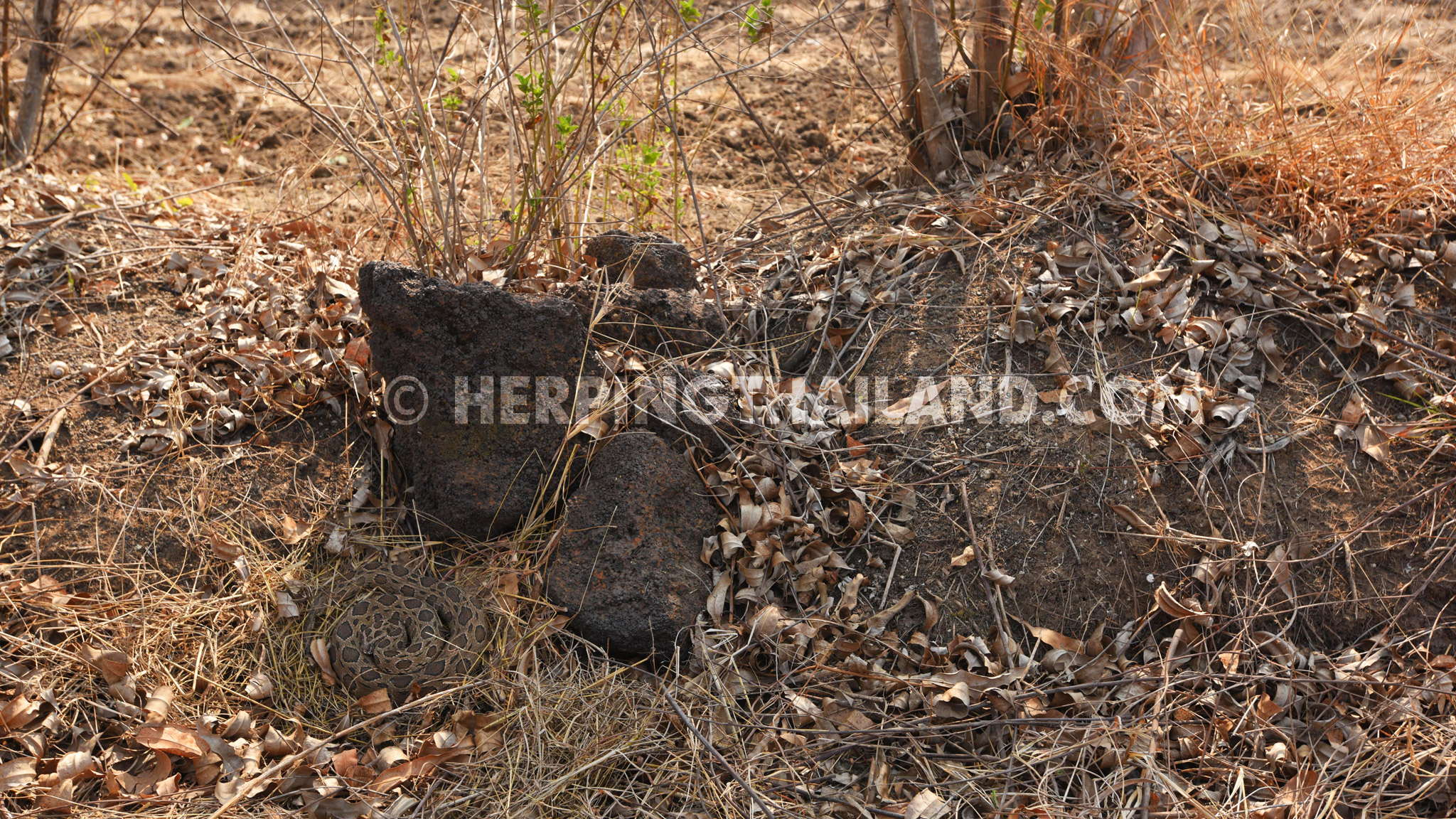 Choosing the right season is important to have a chance. The locals in the areas where the species is still relatively common, all tell you to visit in the cool winter season. Especially the months November and December are supposed to be the better months. Most of the roadkills found in that season, are males, which suggest it is breeding season. But likely you have a chance throughout the dry season from November to about April/ May.
We are not fond of road herping – in our opinion real herping is done on foot in the habitat 😉 . Picking snakes off the tarmac is not as exciting, but for this species the road herping seems a good way to go. Early evening 18:00 – 22:00 should be the best time. Also those going out on foot herping in the fields, would increase the chance at this time of day. Best to follow the edges of dry rice paddies, and other open areas with dry grass, and possibly some rocks.
In the dry season rice paddies and road sides are often burned. The Siamese Russell’s viper seems to be able to cope with this and can be found in burned areas. We even have seen footage of a Daboia siamensis that had dug itself in grey ashes.