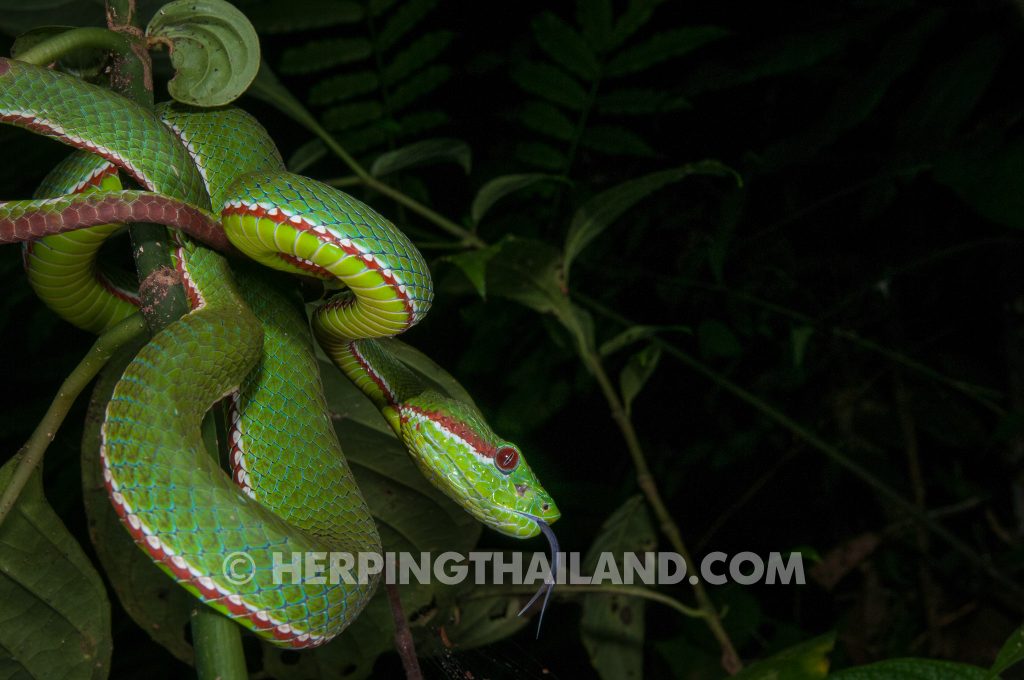 The Trimeresurus popeiorum is known as the Pope’s Pit Viper. This common green viper with red eyes occurs in North & Northwest Thailand mostly in evergreen forest and at medium to high elevation. 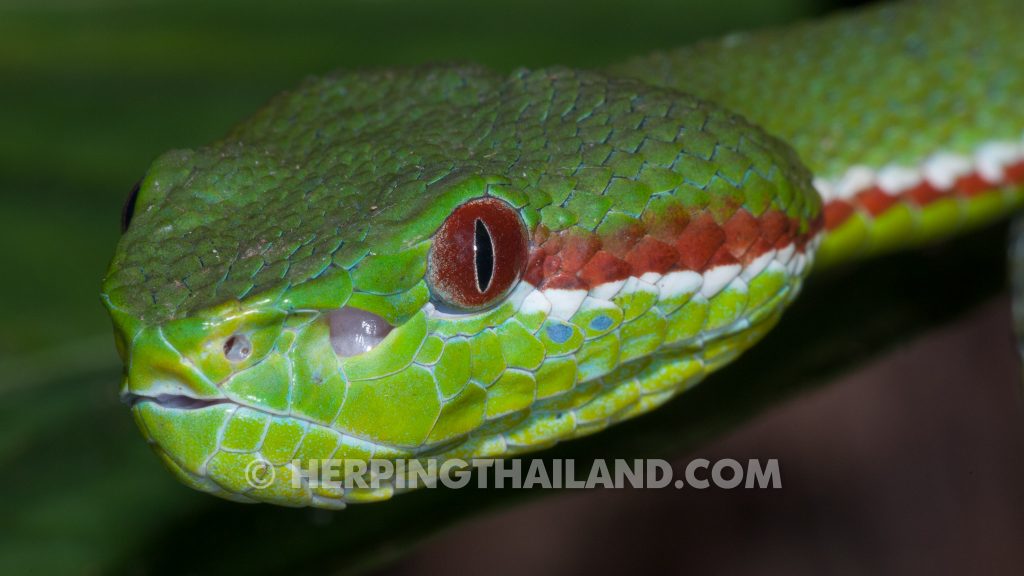 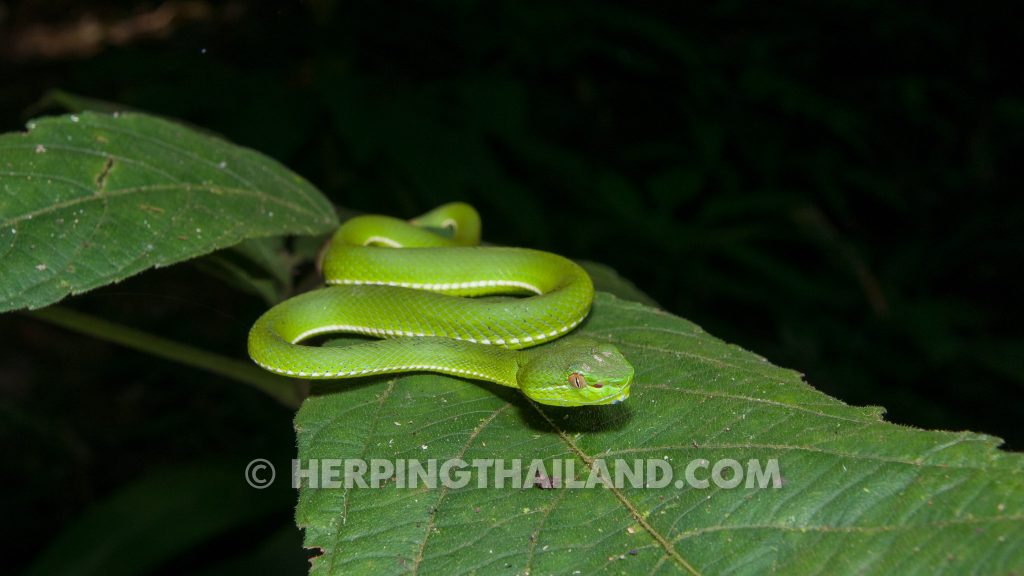 There are various green pit viper species with similar looks, keeping them apart can be tough in certain cases.
To be continued… 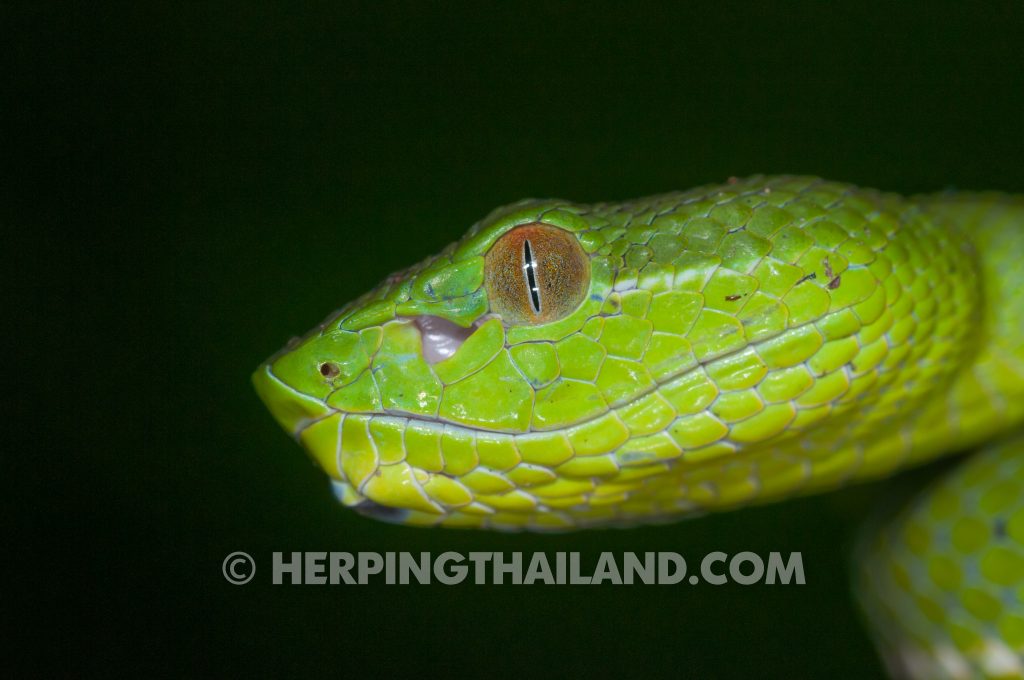 Nocturnal and arboreal.
To be continued… 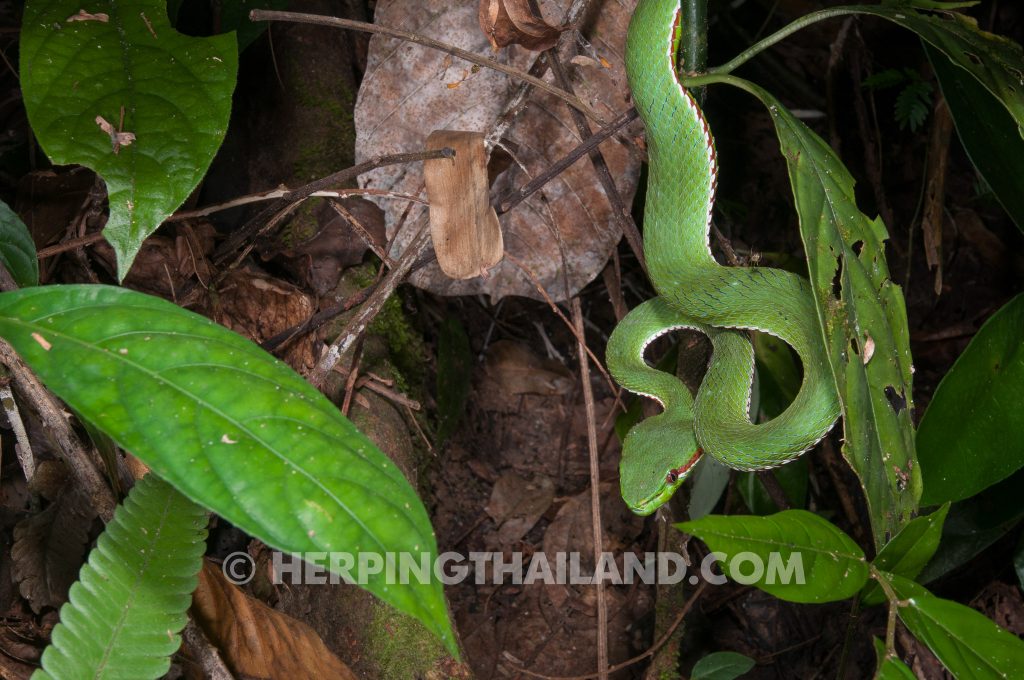 The Pope’s Pit Viper occurs in North and Northwest of Thailand and is normally found at higher elevations. In most of its range above 800m asl, but it might be found at lower elevation especially in the South of its range. They prefer evergreen forests, usually in quite densely vegetated areas. We have found them in ambush position on the leaf litter on slopes, but in general they seem to prefer to position themselves on twigs/ branches from just off the ground up to 4 – 5m high.

The Trimeresurus popeiorum honors the American herpetologist Clifford H. Pope. And in the past even the genus was named after the same herpetologist as Popeia popeiorum which in recent publications is used as a subgenus Trimeresurus [Popeia] popeiorum.
Sometimes the name is spelled as T. popeorum 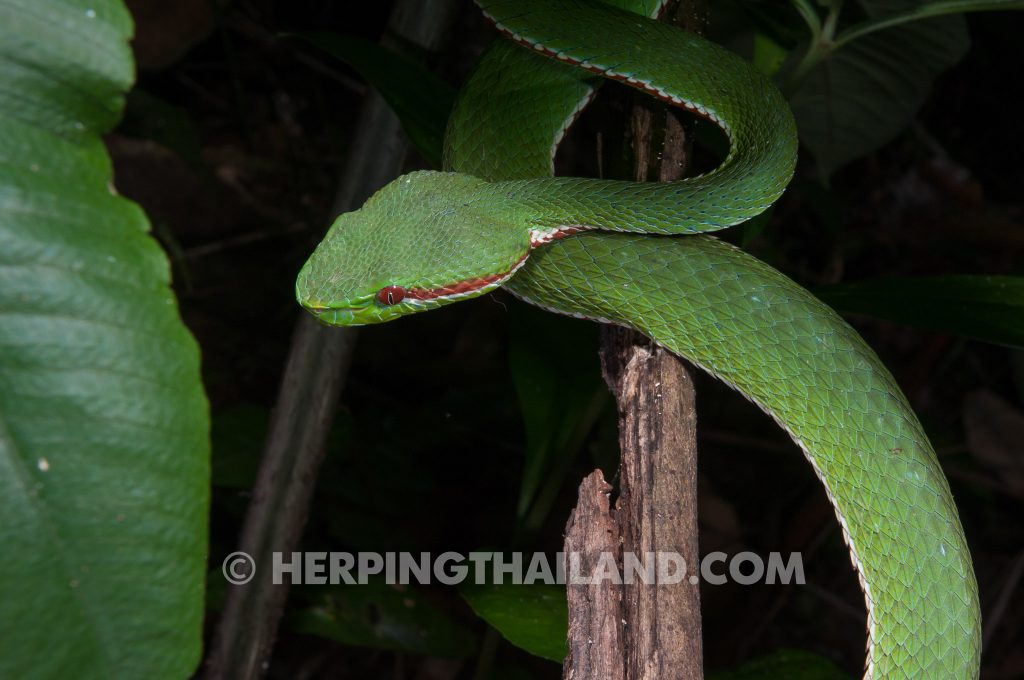 This species is easiest found in the dark. The green body, even more so the ventral surface, pop out from the green foliage in the light of a flashlight. In most cases these vipers won’t move much, so usually you will find them in ambush position. The large majority we have found from just above ground level to about 2m high, but occasionally they stay on the forest floor or higher up in trees/ bamboo. Close to water sources seems to be best.